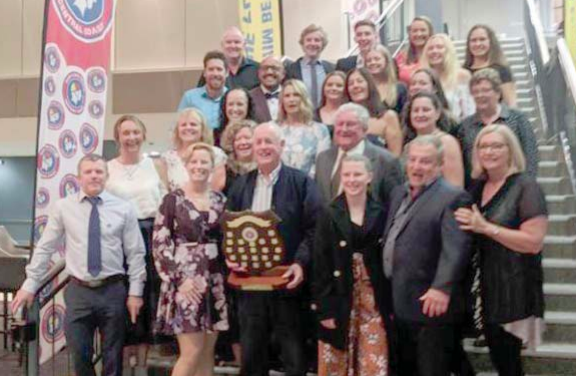 Umina Surf Lifesaving Club has been named the Central Coast Club of the Year in the region’s presentation night awards on June 9.

“These awards are proof that the youth programs we have in place at Ocean Beach are working properly,” said Ocean Beach president Mr Scott Hannell. “The kids are a credit to our club and shows that Ocean Beach is in safe hands in the years to come,” he said. Ocean Beach’s David Thompson was named the Official of the Year. In the team-based awards, Ocean Beach won Rescue of the Month for its group response to a critical incident in October 2017, which was also judged to be Central Coast Rescue of the Year. The club was third in the Club of the Year Competition. These award winners now proceed to the NSW State Lifesaving Awards to be held August 25.