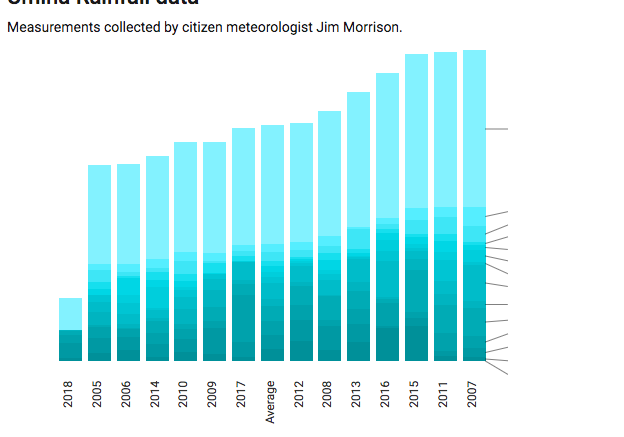 [Umina] Very little of the rain hoped for in the final days of May ended up falling on the Peninsula, according to Mr Jim Morrison’s rainfall data.

The area experienced 13 dry days in a row, punctuated on May 30 with 4.8mm of rain recorded and another 0.4mm on May 31. Peninsula’s rainfall has been below average across four out of the five first months of 2018. Rainfall recorded in January, March and May has been substantially below average: 75 per cent, 74 per cent and 87 per cent respectively.

On a cumulative basis for the year, those dry months have put the Peninsula well below average.

The cumulative average rainfall for January to May 31 is 679mm but, during that period in 2018, only 327mm has been recorded, which is 52 per cent below average for the year. May is usually one of the Peninsula’s drier months with an average of 81mm. A total rainfall of 11mm for the month and only three days with rainfall greater than 1mm sounds increasingly like drought.