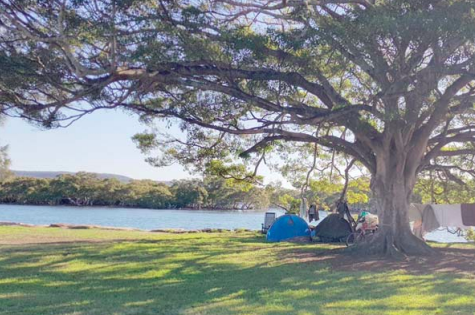 Cr Holstein said the Woy Woy waterfront reserve was one of the main areas of concern and several members of Woy Woy’s homeless population had passed away in recent months. Cr Holstein’s motion was passed unanimously when Council met in Gosford on June 12 including a resolution to seek support from Member for Gosford Ms Liesl Tesch. All local non-government agencies will be advised of the request to seek their support.

“Council Ranger Services and a number of non-government agencies including Uniting Coast Shelter, the Salvos and Mary Mac’s have been unable to gain traction in addressing the issue, and government intervention is needed,” Cr Holstein said.

“Over the last three months in Woy Woy alone four homeless people sleeping rough have passed away, the encampments have grown, or relocated and public concern has mounted,” he said.

“I understand and appreciate homelessness is a matter of State Government,” he told the Council meeting. “One of the issues becoming more prevalent is issue of people sleeping rough,” Cr Holstein said, referring to photos of a “visible minor tent city on the Peninsula”.

He said the homeless people living in tents on the waterfront had had interactions with the public that had “caused concern”. “Council rangers are limited in what they can do. “They can issue fines, move the people on but then they move into another location,” he said. According to Cr Holstein, non-government organisations, including Mary Mac’s, continue to try to address the issues.

The NSW Government has announced it will spend $1 billion on homeless services, including introducing assertive outreach work in more locations. He said assertive outreach had an 85 per cent success rate. Cr Richard Mehrtens supported Cr Holstein’s motion and said the growth of Woy Woy’s homeless population had “polarised the Peninsula community”.

“It is the community I work in and I see this homelessness issue every day and someone has to make sure these people have access to warmth, food and proper care,” Cr Mehrtens said. “I do think there has been a dereliction of duty from the State Government on funding levels especially when you have situations where people are dying on public reserves, on Council reserves at the back of car parks in Woy Woy, as we had that just two weeks ago,” he said.

Cr Rebecca Gale Collins successfully amended the motion to include an invitation to the NSW Family and Community Services and Social Housing Minister, Ms Pru Goward, to visit the Coast. “If you are homeless and you die in a tent in a reserve you can’t be forgotten, nor can your issues,” Cr Holstein said.