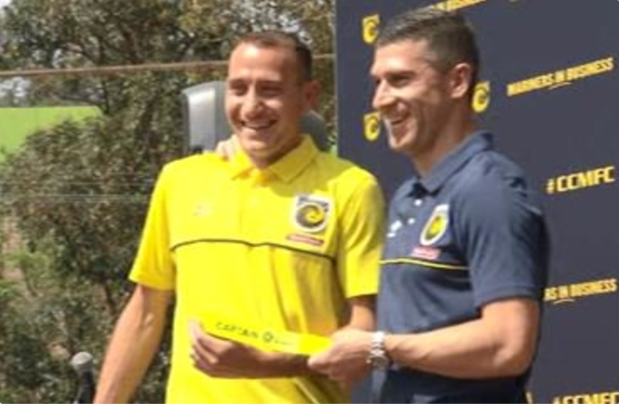 The Central Coast Mariners have advised that Alan Baró will return to Spain with his family to pursue other opportunities.

Baró signed a two-year deal with the Mariners in May, 2017, but agreed to a mutual termination of his contract with the Club, which will allow him to return to his homeland. Announced as the Club’s fifth Captain last September, Baró led the team into battle 24 times. Baró thanked the Central Coast Mariners for their ongoing support and welcoming his family with open arms. “I feel sad to be leaving,” Baró said. “I have nothing but positive things to say about this Club, the Coast, the community and all of the fans. “My family and I were treated so well here on the Central Coast, and I leave Australia with many close friends because the Central Coast is one of the best places we’ve ever lived.

“It was a difficult season and we didn’t get the results we deserved, but at the Mariners, there are a fantastic group of people who I am confident will take this club forward,” Baró said. “Despite those results, the support of the Mariners’ fans and the community was amazing, and I can’t thank them enough for that. “I want to take this opportunity to thank the fans, the club and the Central Coast community for their ongoing support and making our time on the Central Coast very enjoyable,” Baró said. The Central Coast Mariners thank Baró for his efforts and wish him all the best on his future endeavours.