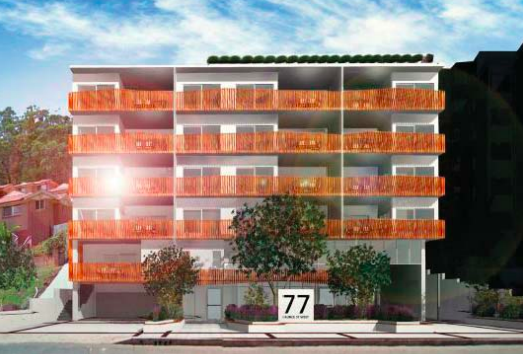 [Gosford] A construction certificate has been issued for a $7m shop top housing development at 75-77 Faunce St, West Gosford.

The development will include 41 units and a neighbourhood shop. The application was lodged in June 2016, and consent was granted in April 2016. The area is now characterised by medium-density residential development and the site bounds Waterview Park (President’s Hill) to the south.

The new building will be within 200 metres from Gosford Hospital, Henry Kendall High School and Gosford High School, and within 500 metres of the Gosford Train Stat0ion. The building will include 39 residential units and 88 square metres of commercial space over two storeys, with two levels of basement parking. The residential component will include five one-bedroom units, 32 units with two bedrooms, and two three bedroom units. Nine apartments will be adaptable and each has a private balcony.

Shop, lobby and driveway access will all be via Faunce St.