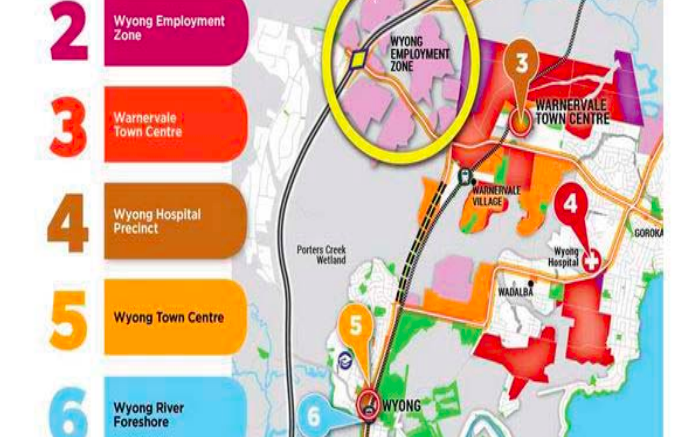 Area identified as Northern Growth Corridor in the Regional Plan

The NSW Department of Planning and Environment has been supporting Central Coast Council in the preparation of a draft Northern Growth Corridor Strategy that will set the course for considered and cohesive management of development in the area between Tuggerah and Warnervale for the next 20 years.

According to a written statement from the NSW Department of Planning and Environment, “Transport for NSW has prepared the draft Future Transport Strategy and draft Regional NSW Services and Infrastructure Plan. “These plans look at how transport can support growth and the economy in metro and regional NSW, including a focus on the Central Coast area over the next 40 years,” the statement said. “Roads and Maritime Services has prepared a draft Network Study for the Central Coast that looks at traffic efficiency across the State road network and prioritising upgrades at pinch points.

“The Department is also working with Council to ensure that the ongoing planning and delivery of water and sewer infrastructure to the area is managed in accordance with the goals of the Central Coast Regional Plan 2036. “The Department is supporting Council to promote industry focused investment in the Wyong Employment Zone via two Special Infrastructure Contribution (SIC) schemes that have been set up for both the Wyong Employment Zone (WEZ) and Warnervale Town Centre.

“This gives more certainty for developments in areas that will support Warnervale Town Centre,” according to the statement. The statement was sent in response to a request from the Wyong Regional Chronicle for an update on the status of the NSW Government’s Central Coast Regional Plan 2036. In particular, Direction 2 of the plan aims to “promote Warnervale as a new strategic centre on the Central Coast and plan for its transport interchange.” It also proposes to “leverage the planned Pacific Hwy upgrade and new Link Road to improve transport connectivity and amenity along the Tuggerah to Warnervale corridor;” and “promote industry-focused investment in the Wyong Employment Zone by resolving infrastructure contributions and biodiversity offsets, including finalising the biodiversity certification in the zone”.

Direction 3 in the Government’s implementation plan states that it will “harness opportunities for business investment and employment by leveraging major public transport investment and projects.” The Department did not send back a defi nitive answer to the question, “The North Warnervale Railway Station has been promised for a very long time, will it be delivered?” Source: Media statement, May 1 Matt Porter, NSW Planning Jackie Pearson, journalist