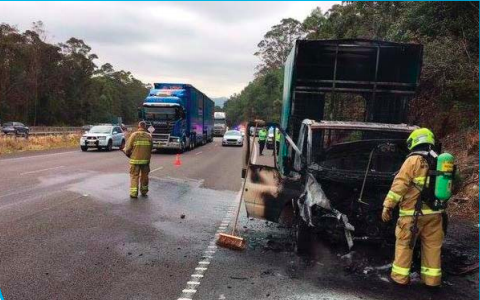 Multiple northbound lanes were closed on the M1, just before Mount White, on May 7, as a result of a truck fire.

The fire started as a result of sparks from the axle and ball bearings of the truck.

The truck fire then sparked a small bush fire alongside the road.

It took fire crews approximately half an hour to extinguish and it took another hour to clear the truck from the scene.