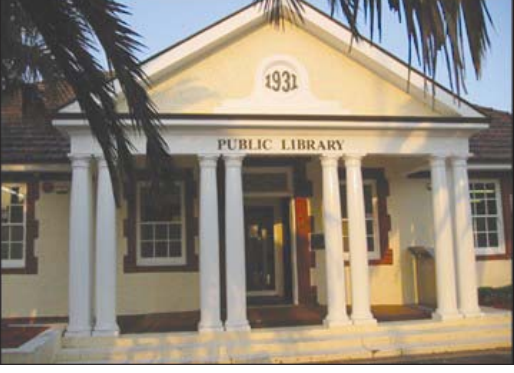 One of the Peninsula’s libraries could be closed, discussion at the latest meeting of Central Coast Council has revealed. Cr Troy Marquart raised the possibility of library closures on the Peninsula as part of Council’s debate about the long-promised regional library proposed for Gosford.

Cr Greg Best said he recalled Council director Ms Julie Vaughan previously “outlining to this chamber that Umina and Woy Woy
would merge”. Ms Vaughan said she had been referring to an independent study commissioned by the former Gosford Council in 2015. “The question was did that report recommend any closures, and I clarified certain recommendations within that report particularly in
relation to Peninsula,” she said.

According to Ms Vaughan, those recommendations were based on
the perception that Woy Woy and Umina libraries did not adequately
address the community’s needs.

“One option was to explore rationalisation but further library service reviews would be needed to streamline services,” she said.

“Are you saying no libraries will shut down?” Cr Marquart asked.  Ms Vaughan failed to rule out the possibility of a library closure.

As I have said to Cr Best earlier, the former report identified that
there was an under-servicing at a baseline level [on the Peninsula]
so the expectation is services would not be reduced but we would
just look at better ways to meet the community’s needs.”

“There is no contingency that says once the regional library up
and running, it would accelerate closures?” Cr Marquart asked.

“They are two different questions,” Ms Vaughan said. “The development of the regional library is not dependent on closures,” she said.

“There have been reviews done earlier, and it is something that would need to be done in consultation with the community,” she said.

She pointed out that Council was “currently doing quite a lot of work at Woy Woy Library” which it was unlikely to be undertaking if the intention was to close the library.

Cr Lisa Matthews then asked Ms Vaughan to confirm that “any
closure of any library would have to come through the chamber”.

Ms Vaughan responded that was correct to which Cr Matthews
said she was certain the majority of councillors would not be voting in
favour of any library closures.

Ms Vaughan said it was “misinformation” that either Woy Woy or Umina Library could close to make way for the building of a new regional library in Gosford.

“I do reiterate the regional library and development of that is not dependent on closure of any other libraries,” she said.

“It gives me great pleasure to clarify the misinformation, and state that the development of the regional library is not dependent on
the closure of any other libraries,” Ms Vaughan said.