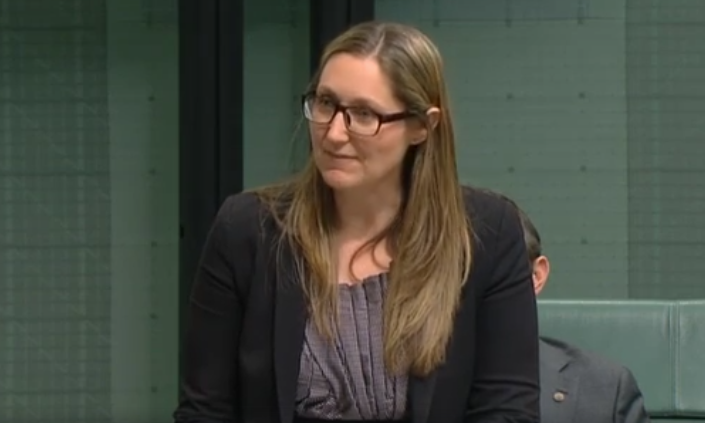 Federal Member for Dobell, Ms Emma McBride, vocalised her support for the Central Coast Mariners’ push to field a womens’ team in the W-League this season, in an impassioned speech in Parliament.

“This week I wrote to Football Federation Australia in support of the Central Coast Mariners’ goal to field a W-League team in the 2018-19 competition,” Ms McBride said. “The Central Coast is home to some of the best footballers in the country, and I strongly support a pathway for young women to realise their talent and to compete on the national stage. “The Mariners have been working hard over the past three years to make sure they are ready to field a team and provide the best facilities, training and development possible on the Coast.

“After playing in the first two seasons of the W-League, and signing Matildas such as Michelle Heyman, Ellyse Perry and Caitlin Foord, it was very disappointing that the Mariners could no longer field a team,” she continued. “Since then, they have built up the women’s academy, allowing 150 girls to progress from under-11s through to the National Premier League.

“These athletes deserve a pathway to the national stage, and the Mariners are ready to make this happen. “Central Coast Council has upgraded Central Coast Stadium with extra change rooms, so the ground can showcase the very best of women’s football in a doubleheader with the men’s A-League matches. “As patron of the Central Coast Heart Premier League Netball, I know the value of local pathways to elite sporting opportunities for women athletes in our community. “I urge the Football Federation to back the Mariners in opening up elite football to women on the Central Coast in an expanded 10-team competition. “Congratulations to Mariners’ CEO, Mr Shaun Mielekamp, for your leadership. “Our community is behind you,” Ms McBride concluded.