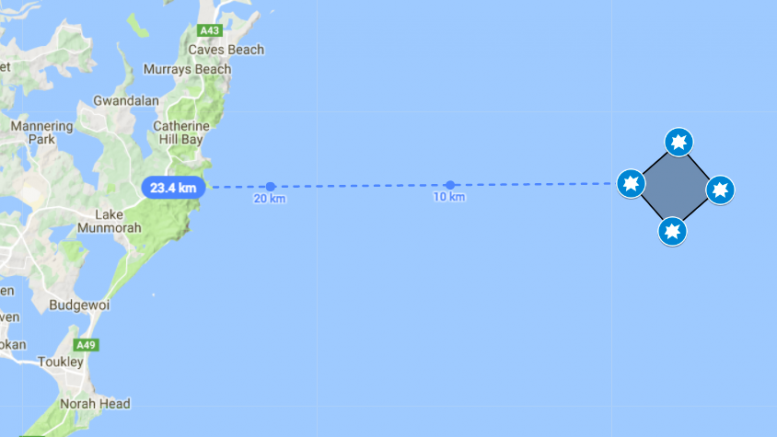 The NSW Parliament has called on the Federal Government to suspend the licence for Asset Energy’s proposed offshore petroleum activity in the waters off the Central Coast, until concerns raised about lax commonwealth regulations have been addressed.

The motion proposed by The Greens Member of the Legislative Council, Mr Justin Field, said that Asset Energy conducted seismic testing for gas off the coast of Newcastle and the Central Coast in April. “The licence area, Petroleum Exploration Permit 11, covers an area off the NSW coastline from Sydney’s Northern Beaches to Stockton,” Mr Field’s motion said. “Seismic testing involves underwater blasts that can impact the health of whales, dolphins and other marine animals. “It is understood that the company is expecting results from the testing within the next two months and plans to start drilling in 2019. “The community, including concerned individuals, commercial fishers and tourism operators, expressed strong opposition to the testing, and the NSW Minister for Resources,

Mr Don Harwin, expressed concerns that the regulatory regime under which the approval and testing occurred, is not at a high enough standard. “This House calls on the Federal Government to suspend further consideration of applications for PEP11 until such time as the regulations for offshore petroleum exploration and production have been reviewed in light of the concerns expressed by the Minister for Resources,” the motion concluded. In April, in response to a question on notice from Mr Field,

“The community simply won’t accept it, despite industry trying to bully the government into approving these risky projects. “The Greens welcome the NSW Parliament’s strong stand in support of a pause on Asset Energy’s licence, but it doesn’t go far enough. “The Greens ultimately want offshore petroleum activities banned. “We need to keep fossil fuels in the ground to mitigate the worst consequences of climate disruption.

“The New Zealand government recently announced a ban on new oil and gas exploration in its waters. “The Federal Government should follow its example and do the same here. “The Federal Government must not give in to the vested interests of the fossil fuel industry pushing for oil and gas development off our coast at any cost,” he said. Coast Community News has asked the Federal Member for Robertson, Ms Lucy Wicks, whether or not she would support the call of the NSW Parliament for a suspension of the exploration licence.