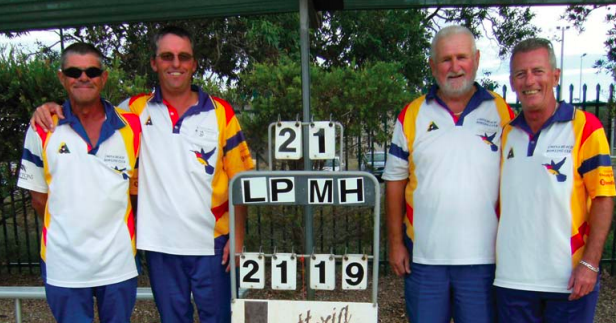 Spectators at Umina Beach Men’s Bowling Club Major Pairs Final have rated it as one of the best games in the past several years.

The team of Alan Rhodes and Mark Hogden faced off against Rob Andersen and Lee Patterson. Rhodes and Hogden were well in control for the majority of the game and looked set to take out the title. However, Andersen and Patterson had other ideas and over the last three ends made their run, and on the 19th end closed the score to 19-17, two shots behind.

With the pressure mounting and the spectators on the edge of their seats and both teams demonstrating their bowling skills, saw Anderson and Patterson level the scores at 19 apiece. The last end looked as if it could go either way. However, Patterson held his nerve and with bowls strategically placed won the game with his last bowl giving his team a 21-19 win.