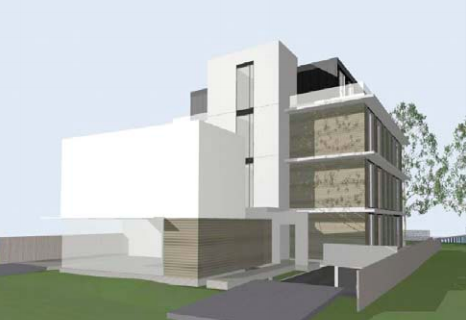 Artist's impression of the proposed mixed use development at Koolewong

The Koolewong and Point Clare-Tascott Progress Association is leading community opposition to a development application for a mixed-use building on Brisbane Water Dve, adjacent to Koolewong Railway Station.

The proposed development was discussed at the latest meeting of the Progress Association, held at Point Clare Community Hall, on Thursday, May 10, and the Association resolved that members would write submissions, and it would offi cially request community consultation from Central Coast Council. By May 22, 31 submissions had been published on the Council’s Gosford DA Tracker in relation to the proposed $5.8m mixed-use development, comprising 15 residential units and one commercial building, at 34-36 Brisbane Water Dve, Koolewong.

This is short of the 50 substantial objections required for the DA to make it onto a Council meeting agenda. Coast Community News has asked the three Gosford West Ward Councillors if, given the high level of community interest in the DA, two of them would be willing to “call it up” for discussion at a public meeting. According to reports submitted to Council with the application, each of the residential dwellings would be two-storey, and the commercial building will be located on the frontage with Brisbane Water Dve. The residential buildings would be in the middle part of the site, over a basement car park, with an area of communal open space adjoining Couche Park and Brisbane Water to the rear.

According to the Statement of Environmental Effects (SEE) submitted to Council in support of the project, the site is zoned N1 Neighbourhood Centre, and the proposal is permissible with Council consent. Clause 4.3 of the Gosford Local Environmental Plan 2014 (GLEP 2014) requires the maximum building height permissible in the N1 zone to be no more than 8.5 metres, but the proposed building has variable heights with a maximum of 13.8 metres at the building core. The proposed building height varies from a maximum of 13.83 metres down to 9.7 metres, so the deviation from the GLEP ranges from 11.4 per cent up to 62.7 per cent. The GLEP permissible fl oor space ratio is 0.75 to 1, but the developer’s proposed fl oor space ratio is 0.898 to 1.

The applicant has requested exemptions for the height and 19.7 per cent floor space deviations from the GLEP. In arguing for the exemptions, the applicant said: “The site has locational characteristics, including a high standard of accessibility to both train and bus public transport facilities that support a slightly increased density of development. “The height variations are offset by not building within the rear part of the site, and removing the existing dwelling house, which will improve the outlook and views for the adjoining properties at 32A Brisbane Water Dve and 1 Couche Cres, and some rear views for 32 Brisbane Water Dve. “The proposed additional floor area is able to be accommodated by an increase in the height of the building, rather than requiring an expanded footprint or site coverage, and without compromising landscape or open space areas.

“The development maintains a deep soil area of 23 per cent of the site, which significantly exceeds minimum … requirements,” the applicant said. The open space area proposed adjoining Couche Park would improve the outlook from adjoining dwellings and provide an appropriate transition between the proposed development and the park, the application argued. “The proposed height variation, while being high in numerical terms, effectively includes the penthouse level, and associated building core, and a small component of the second. “The higher elements are located centrally within the site, and with setbacks increasing with the height.” The site is zoned commercial, which means it has the capacity to build to side and rear boundaries, but the current proposal provides setbacks in these areas.

The application points out that there are a number of large mature trees in Couche Park at the rear of the site which are between 18.5 metres and 24 metres tall (over 10 metres higher than the proposed development). “These provide an effective screening of the site from Brisbane Water, and frame the height of the development as viewed from Brisbane Water Dve and areas beyond.” The residential building would comprise fi ve one-bedroom units, six two-bedroom units with study and four 3-bedroom units. All units are oriented to Brisbane Water to the east, to take advantage of views and to minimise overlooking of adjacent properties to the sides, and the lift and stairs is provided on the western side of the building, together with pedestrian access to Brisbane Water Dve. Each ground level unit is provided with a terrace area and private open space on the eastern and side elevations. For Levels 1 and 2, and the penthouse level, balconies are provided on the eastern elevation, and on the penthouse level, private open space areas are provided for each unit, sitting over the footprint of the building below and with glass balustrading.

Basement car parking is proposed for 29 cars, with 22 of the spaces being tandem spaces allocated to individual units. A car wash bay is also proposed, along with storage space and bicycle parking. The 31 substantive objections to the development application that were lodged with Council included comments such as: “The proposed development is totally inappropriate overkill for an area known for swimming, picnicking and cycling and not much else. “One coffee shop sustains cyclists using the shared bike path from Gosford to the Peninsula and only just manages with the small amount of parking available on a very busy road. “The development…proposes a possibility of 31 extra vehicles in this, parking starved area. “Brisbane Water Dve is greatly over-burdened already with excess vehicles, especially during peak times, and although road widening has been gazetted, so far, the date for that is a long way off. “The building will not be of a design nor scale consistent with the site’s location and will deeply impact on the scenic qualities of the coast.”