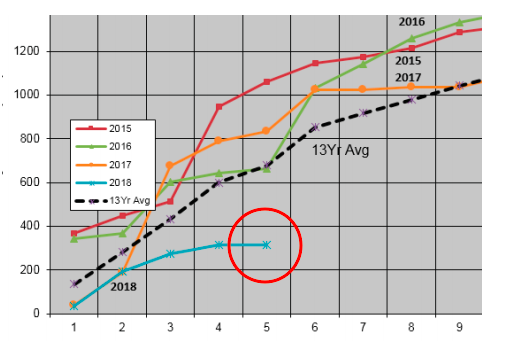 Rainfall data for Woy Woy Peninsula up to early May 2018

The usual April rains did not arrive in 2018 and May is off to a dry start so the Peninsula continues to be on track for another year of below-average rainfall.

According to rainfall data collected by Mr Jim Morrison of Umina, only 43.6mm were recorded for the whole of April, 73.7 per cent below the monthly average of 166mm for the past 13 years. During the years that Mr Morrison has been collecting data, April is one of the Peninsula’s wettest months, second behind June, which has an average rainfall of 174mm compared to Aprils 166mm.