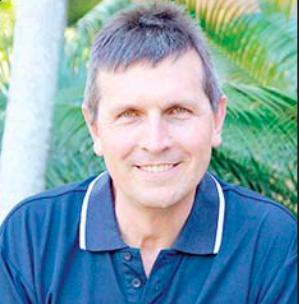 According to Council’s announcement of his appointment, Mr Murphy has been a successful Chief Executive of local government organisations since 2003; first at Buller District Council in New Zealand, and most recently, for the past seven years, with Lismore City Council in northern NSW. Speaking from Lismore, Mr Murphy, who will commence his five-year contract on Monday, July 2, told Coast Community News that he was both daunted and excited about taking up the new role. “Let’s start with what I am looking forward to,” Mr Murphy said. “It is a unique opportunity, and it is not very often that you get to be the inaugural CEO of a merged Council, and a large council at that, the opportunity to bring together two organisations and to bring the community together,” he said.

“I wouldn’t be human if I wasn’t daunted by the prospect, but it is all about people at the end of the day, and I have no doubt that Central Coast Council has got some excellent people. “The Council has done a wonderful job in a very difficult time and you are only as good as the people you have around you. “For me, it is about building those relationships, about being very open, my style is collaborative,” he said. Central Coast Council Mayor, Jane Smith, said the appointment was a decision of the full Council following an independent and robust recruitment process. “Mr Murphy is known for his innovative and people-centric approach and has a passion for working with community and staff alike,” Mayor Smith said.

“Under his management, Lismore City Council delivered major infrastructure for the community, became a nationally-recognised leader in waste management and recycling, and led community resilience following the devastating 2017 floods. “We are now a major regional Council and a key growth area in the State, and the CEO’s role is integral to helping achieve the vision for the Central Coast, and to deliver exceptional services for our community,” Mayor Smith said. For the interim period, Mr Brian Glendenning, will continue as Acting CEO.

Mr Murphy’s departure from Lismore was announced in the Northern Star newspaper, and Lismore Mayor, Mr Isaac Smith, said he thanked Mr Murphy for his valuable contribution. “We have been privileged to have such a high calibre general manager with us for the last seven years,” Mr Smith said. “Under Gary’s management, council has become a nationally recognised leader in waste management and recycling; he has implemented an innovative floating solar farm; set bold goals around self-generating 100 per cent of our electricity from renewable sources by 2023; and, delivered the Quad and art gallery, health precinct, and the Lismore Prospectus.

“His leadership and support during the 2017 flood helped the community and staff maintain resilience during a, particularly difficult time. “I would like to take the opportunity to personally thank him for his years of great service to both the organisation and the city of Lismore.” Mr Murphy said he had loved his time in Lismore, both personally and professionally, but was looking forward to a new challenge. “I have been general manager for seven years and my plan was always to do a maximum of 10 years,” he said. “Timeframes and opportunities do not always coincide, and I have always seized opportunities as they arise.

“The Central Coast Council role is an exciting challenge for me. “It is a newly-merged council with 2,400 staff, a population of 335,000, a budget of $723m, and $6.9b in assets,” he told the Northern Star. The 51 year old, South African born Gary Murphy said he wanted to “hit the ground running” when he commenced at Central Coast Council on July 2, so he had already been “in close contact with the Mayor and some of the staff.” He started his 25-year career in local government straight out of university, but had to do his 18-months compulsory South African national service, and also worked in the South African equivalent of the Roads and Maritime Service, before migrating to New Zealand. He worked for a major engineering consultancy before returning to local government in New Zealand.

“I suppose the big difference when I came from New Zealand was the political dimension, the community issues are pretty much the same, people want a level of service and they have the same issues around roads and services, but the political dimension was the starkest contrast,” he said of the influence of party politics on local councils in NSW. “One of the mayors I worked with in New Zealand was the secretary of the local Labor Party, but when he sat around the council table, he would criticise the Labor Government, so there was that strong desire to divorce council from party issues. “Even for a place like Lismore, which is not a metropolitan area by any means, the party politics around the table was something I had to get quickly used to.”

According to Mr Murphy, the first elected Central Coast Council has “quite a remarkable balance of political affiliations. “I think the Central Coast, being a creation of the NSW Government, is certainly not being set up to fail, that is the message I get. “The NSW Government is directing resources in terms of people and money, and it is up to Council to grasp that, and one of the key areas I was asked about was experience with advocacy and how I can advocate on behalf of the area.” Mr Murphy said the challenges of high youth unemployment and the region’s huge commuter workforce were issues that “really stuck out for me when I was doing my research.

“It is a wicked problem, when 25 per cent of the population commutes to Sydney every day, and you’ve got high youth unemployment,” he said. “Some might say it is not a function of local government, but I would say all levels of government need to come together and work out a solution.” He said he was interested in learning more about the Illawarra’s Youth Employment Strategy. “It is one thing to provide young people with skills, but if there is no avenue to use those skills locally, they will still have to travel,” he said. Mr Murphy commented on the Central Coast’s rich environment and pre-white settlement heritage.

“From what I have seen, the tourism product is fairly immature and there are probably more opportunities there than for areas that have a more mature product, so what are the opportunities for so-called eco-tourism and low-impact tourism opportunities? “The one thing that is unique to Australia is our first people, and I don’t think that is something that is particularly well done,” he said, referring to his experience of how New Zealand’s Maori culture is so central to its history, society and tourism.