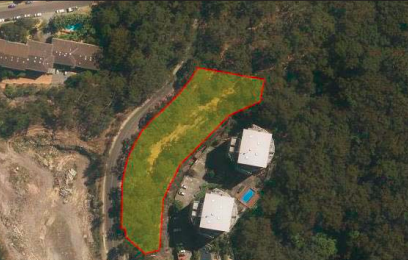 An aerial view of the subject site at John Whiteway drive, Gosofrd

A $24.6m residential flat building at 70 John Whiteway Dve, Gosford, approved by the Joint Regional Planning Panel in 2017, is now the subject of a Section 4.55 amendment.

The applicant also wants to relocate communal open space to the rooftop of the building, believing the proposed amendments would give “overall improvement in solar access for future residents and neighbouring development”. This development site was created as part of a 2004 subdivision, and it is now located at the north-eastern end of the four residential flat buildings commonly known as The Sanctuary. The subject site is currently vacant and largely vegetated, according to a Statement of Environmental Effects (SEE) submitted in support of the application to amend the JRPP’s consent.