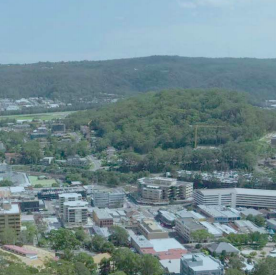 Gosford from the air

Overshadowing of Kibble Park during its most popular hours of use, protection of view corridors, parking and traffic management and how planning controls will be changed.

What Council’s future planning powers will be, are key concerns in Central Coast Council’s submission to the NSW Government’s Urban Design Implementation Framework (UDIF) for the Gosford CBD. Elected Councillors were due to debate a draft of the submission, prepared by Council staff, when they met on May 14, but the matter had to be deferred due to time constraints. The submission, signed by Acting CEO, Mr Brian Glendenning, and addressed to Central Coast Coordinator General, Ms Lee Shearer, said that the revitalisation of Gosford was one of its key objectives. “Council is supportive of the NSW Government’s recent focus on supporting the revitalisation of Gosford,” the draft submission said.

It also supports the NSW Government initiative to engage the NSW Government Architects’ Office to guide the future design and development of Gosford. However, according to Council’s submission, the Stage 1 reports did not provide sufficient guidance and detail on: future design and planning controls; movement and access including parking; funding and implementation of key actions; and the responsibility for implementation. “Implementation of the recommendations has the potential to impact on Council resources significantly, particularly as the role of Council has not been clearly articulated,” it said.

Council intends to ask for more detail on how the UDIF reports already released will lead to activation of public spaces and provision of public car parking. The Government Architects’ proposal to have a “two to three-storey podium height with a fine grain and active frontages to key places and streets”, according to Council’s submission, “will result in reduced podium height to the east and south of Kibble Park, compared to current podium height controls of three to five storeys.

“For developments north and west of Kibble Park, further clarification and discussion is required, as this approach is inconsistent with Council’s current planning controls.” It has asked for further collaboration with Council to ensure the planned Regional Library in Donnison St complies with the UDIF principle to promote solar access to buildings south of Kibble Park. It has also called for the UDIF to consider Council’s current controls for setbacks for towers above podium level.

The fourth principle outlined in the UDIF to date, is protection of view corridors, and Council has asked for further details for planning controls on the Kibbleplex site, and for inconsistencies with current planning controls to be discussed. The final principle put forward by the Government Architect so far was to ensure solar access for four hours, to 50 per cent of Kibble Park, between 9:00am and 3:00pm at the winter solstice.

According to Council, “The principle recognises that development promoted in Principle 4 and 5 will overshadow Kibble Park. “Council seeks further clarification on how this measured impact is consistent with clause 8.5 of Gosford Local Environmental Plan 2014 to consider whether the proposed development detrimentally overshadows Kibble Park. “Council seeks clarification of the rationale of this measurable standard and how the proposed solar access principle represents best practice and benchmarks against solar access provisions relating to significant open space and parks in other regional cities,” the draft submission said. Councillors will also consider requesting a deadline extension for Stage One UDIF reports until June 18, “to enable adequate time for community input”.

According to the submission, when Stage One UDIF documents were released on April 9, the public exhibition period appeared to close on June 18. “On April 16, the Go Gosford website was amended to state that the Stage One documents were on exhibition until April 27, however a media release on April 19 could be interpreted to mean the Stage One documents are on exhibition until June 18. “The Department of Planning and the Environment (DPE) have clarified that the deadline for comments on the first place based report on Gosford’s Civic Heart and the UDIF discussion paper closed at 5:00pm on April 27.

“Council has been granted an extension to this date to allow the matter to be reported to Council. “DPE have also advised that it is intended to have consultation on all the stages of the Government Architects’ work completed by June 18. “Due to the confusion within the community as to the close of exhibition date, Council requests that DPE extend the exhibition period for the Stage One documents until June 18 to enable adequate community input.”

Two further Place Reports will be released in the coming weeks that will focus on the Hospital to Train Station Corridor Precinct and the Waterfront Precinct. According to Central Coast Council, “Proposed recommendations on infrastructure funding and de-risking the planning process are new initiatives that need further discussion with Council on how they will be implemented, who will be responsible for their implementation, or what Council’s role and level of involvement will be in implementing the recommendations. Council has also requested DPE and the NSW Government Architect to provide a briefing to Council on further stages of the UDIF prior to their release for public exhibition.

“The reports provide no detail on any process or proposals to change Council’s planning controls. “There are a number of variations proposed to current planning controls and Council needs to be confident that it will retain ownership in the development of any new controls as well as ensuring the community will have the opportunity to respond. “It is also requested that DPE clarify whether traffic modelling and feasibility modelling has been undertaken as part of the UDIF process to facilitate any density increases above Council’s current planning controls.” Council’s draft submission also raised questions about the Government Architects’ place-based approach. Council wants to know where responsibility and authority lies for the place-based management.