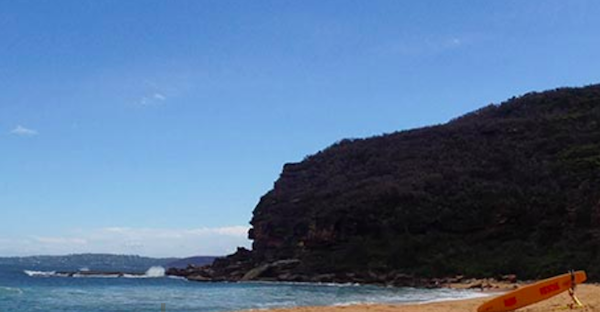 Killcare Surf Life Saving Club’s youngest patrol group have been praised by their patrol captain for their professional manner and excellent care of patients injured after being washed into a rock break.

Two young people and a small child were walking around the rocks, about 10m back from the rock face when a freak wave came over and washed them off. “The female patient, who was most badly injured, supported the young boy who was not a swimmer, trying to get him back up to safety when a wave pushed them both back up the rocks,” said patrol captain Mr Phil Tubby. “Members from Patrol Six showed excellent knowledge and care when tending to three young patients who had sustained lacerations after being washed into the ocean from the rock break and then washed back into the rocks. “When we were informed by two frightened young boys that their friends had been washed off the rocks around the point and were in the ocean, we launched a boat with Matt Hayter as crew.

“Matt was understandably nervous but showed great courage facing a four-to-six foot surf on the trip toward Tallows. “Having made our way out around the point, we started our search but couldn’t find anyone in the water, so returned to shore,” Mr Tubby said. “When we arrived, Patrol 6 were attending to three patients. “They were moved to the First Aid room where some pretty serious lacerations from being washed off and back up on to the rocks were cleaned and dressed. “Patrol 6 were calm, professional and in control, attending to all their duties as per their training. “It was wonderful to see these young men and women rise to the occasion,” Mr Tubby said. “The young boy, who was three or four years old, and his dad were sent to the medical centre and the female patient was transported to hospital.” The patrol members were Amy Sneddon, Trinity Drewett, Matthew Hayter, Rafael Lagos, Kirsten Bennett and Natasha Marteene.