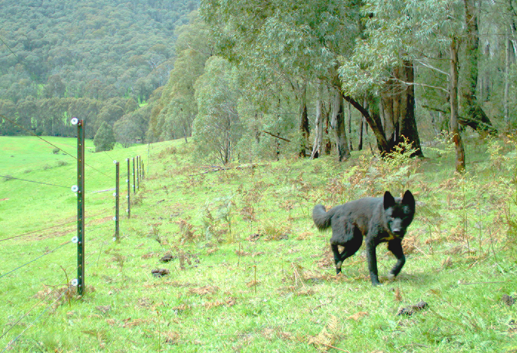 Dooralong landholder, Ms Jane Haskell, is willing to try anything to protect her sheep from wild dogs, following two separate attacks in the past few months.

“My sheep are my pets, I don’t keep them to make a profit or to eat, so when I saw the horrific injuries they had suffered, and how some had died, it was heartbreaking,” she said. “Not only has this taken an emotional toll, but it’s also cost us thousands, with fence building costs and vet bills. “We have now resorted to building a makeshift stable to put them in, just so we can get some sleep at night,” she added. Greater Sydney Local Land Services biosecurity officer, Mr Ash Johnson, said, Ms Haskell, is one of dozens of landholders being supported in the area, after reports of wild dog attacks on stock.

“Over summer, we saw the typical spike in reported attacks as younger dogs begin to hunt for themselves,” Mr Johnson said. “That’s why we urge landholders to be proactive with wild dog control programs to try and reduce the impact these pests have on domestic animals, livestock and our native species.” Mr Johnson said the Greater Sydney biosecurity team were on hand to provide expert advice, and on ground assistance, to landholders when it came to rolling out control options. “We also provide training to landholders in various control options, and allow them to legally use 1080 baits on their property if they are eligible,” he added.

“Our experience shows a coordinated, landscape approach to managing feral pests such as dogs, foxes and rabbits, is really the only effective option when it comes to pest animal management. “There is minimal value in a single landholder rolling out a control program if their neighbours are not prepared to do the same, and even if your property is not being impacted, we urge people to report sightings of collarless dogs, as well as howling at night, directly to us. “This will give us the insight we need to best target our campaigns.” To further support landholders in the region, Greater Sydney Local Land Services ran a training course at Dooralong Hall on April 7.