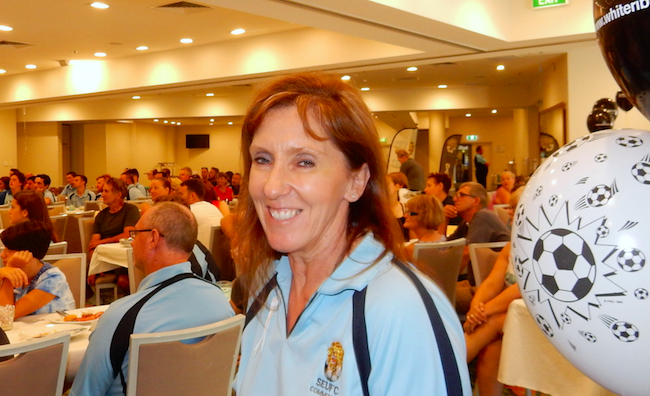 More than 200 members and guests enjoyed a full buffet breakfast.

Club president Mr Glen Balneaves said it was exciting times for the club. “The club was the first registered football club on the Central Coast and now is about to embark on its 57th season,” Mr Balneaves said.

“Our club has been built over the past 57 years based on family and community values, which is now seeing many third generation players within our club,” he said.

“After numerous consultations with White Ribbon, we are so very honoured to join forces with Ettalong Diggers and be proactive in stopping domestic violence. “Stand Up – Speak out is our 2018 message to educate everyone,” he said.

Ettalong Diggers chief Mr Bill Jackson welcomed all club members to the partnership and said the club was looking forward to working closely with White Ribbon and the club in making the
community a happier and safer environment for all families.

The club introduced the 2018 Men’s Premier League coaches and squad.

It announced the introduction of the 2018 Women’s Program which includes all Women’s teams in the under-14’s to under-16’s, the women’s all age team and Women’s Premier League first and reserve grades.