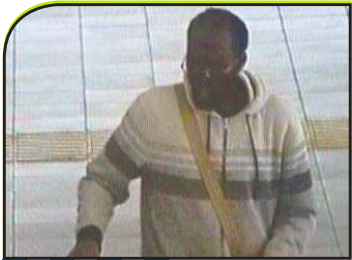 Police are appealing for public assistance to identify this man

Police are appealing for public assistance to identify a man after several children were approached in Gosford and the Lake Macquarie region.

At about 1:55 pm on April 23, a man (pictured) was witnessed making suggestive comments to two young girls on the platform at Morisett Railway Station. The two girls walked away, however, the man followed them and was seen to take photos of them. He was then seen to walk around the platform approaching several other young females and attempting to engage them in conversation. About 2.05pm, the man boarded a train service from Morisset to Gosford and approached a number of young girls on the train.

He later got off the train at Epping Railway Station at 3:30 pm. The matter was later reported to police from Police Transport and Public Safety Command, who commenced an investigation. Investigators have released images of a man who may be able to assist with inquiries. The man is described as of black African appearance, about 180cm tall, 30-45 years old, medium build, with short dark hair and wearing a brown and cream coloured jumper, white pants, black reading glasses, brown sandals and carrying a brown handbag.

News, On the Beat, Video News

Thank you to all the good, honest people out there