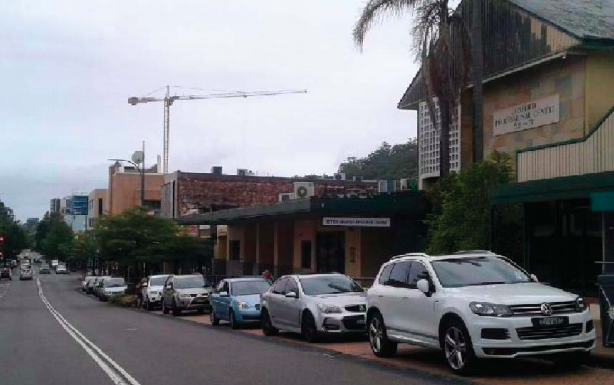 Council reconfirmed, at its April 23 meeting, that a Regional Performing Arts and Conference Centre (RPACC) will be built in the Gosford CBD.

A rescission motion, to move the site to Poppy Park instead, was lost, with the Mayor using her casting vote to confirm that the RPACC will be built as part of a cultural precinct, starting at 51-71 Mann Street (Old Broadwater Hotel site). Mayor Jane Smith said that with the discussion and debate now finalised, it was time to work together with the community and the State and Federal Governments to ensure that this key project is delivered. “There is significant State and Federal funding at stake that we will lose if we do not get on with delivering this project,” Mayor Smith said. “We have run out of time to deliberate – it is time for decisive action.

“The community has significant investment and interest in progressing this project, and have waited long enough. “Our energy and focus must be on making it a reality and that is what we intend to do. “The RPACC will be key drawcard to the Gosford CBD, and will help an create active and engaged art and cultural hub in the region’s capital. “We can now move with confidence to the design phase and are committed to working with all our partners, including the Conservatorium of Music, to ensure that we meet the needs of arts and the broader community, by delivering an iconic and economically viable facility that we can all be proud of.” The community and key stakeholders will be consulted on the detailed design as this project moves forward. The build is expected to get underway in January 2019 and will take 18 months.

Four community representatives spoke against the motion to rescind the Council’s April 10 resolution to choose the old Broadwater Hotel as the site for the RPAC. They were Mr Kevin Armstrong from Gosford Waterfront Alliance, local historians, Ms Merrill Jackson and Ms Kay Williams, and, Mr Peter Carstairs, from the Gosford Waterfront Action Group. Following the speakers, the rescission motion was moved by Deputy Mayor, Clr Chis Holstein and seconded by Clr Chris Burke. Clr Holstein said he had used rescission motions on five occasions in his 25 years in local government. Arguing in favour of the motion, Clr Holstein said the budget for the RPAC was short by $20m, and that money from the sale of the Old Broadwater Hotel could be used to contribute to the building of the RPACC on another site. “I believe we need to have a waterfront that is active… is there anybody here who can say that the waterfront is an inappropriate site for a RPACC?” Clr Holstein said in conclusion. Source: Media release, Apr 24 Central Coast Council media Meeting notes, Apr 23 Central Coast Council ordinary meeting Jackie Pearson, journalist