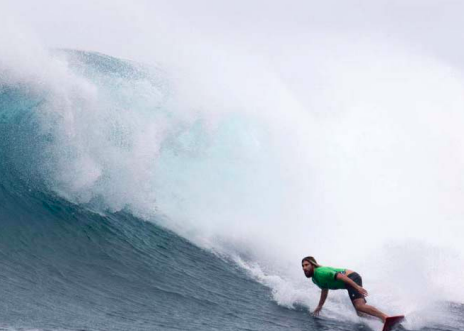 The Rip Curl Pro at Victoria’s Bells Beach has come to an end with mixed results for Central Coast pro surfers.

One of the World Surf League’s picks as one to watch going into the competition, Avocaite, Ace Buchan, failed to live up to expectations and was knocked out by Frenchman, Jeremy Flores, in Round 3 of the competition. Buchan placed 13th overall, which saw him drop from second on the 2018 Men’s Championship Tour Jeep Leader Board to sixth. Former Copacabana resident, Matt “Wilko” Wilkinson, fared better but was also taken out of contention in Round 3. He was toppled by competition favourite, Mick Fanning, who was ending a 16 year pro career with Bells 2018. Wilko ended up in ninth place overall. Joining Wilko in ninth place was fellow Copacabana surfer, Wade Carmichael. Carmichael was taken out in Round 4 by French Polynesian surfer, Michel Bourez. In the Women’s Competition, Avoca’s Macy Callaghan lost out in Round 2 to fellow Aussie, Nikki Van Dijk.