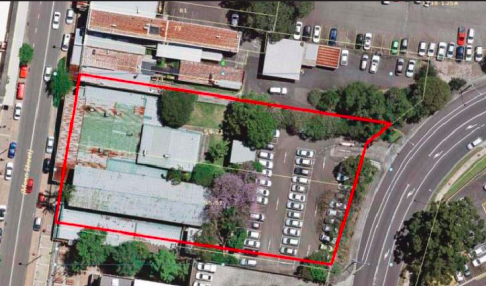 The Multi Arts Confederation of the Central Coast (MAC) commended the staff at Central Coast Council for recommending the Broadwater Hotel on Mann St as the preferred site for the Regional Performing Arts Centre.

MAC’s President, Ms Margaret Hardy, said she urged the Central Coast’s elected Councillors to adopt the recommendation and locate the facility in the Gosford CBD, in a location that would unite the community and “create the cultural heart the city deserves”. Ms Hardy said Central Coast Council was to be congratulated for its determination to move ahead with the Regional Performing Arts Centre in Gosford. “As the peak community organisation for Arts and Artists in the region, we believe it is critical that the RPAC is located in the Gosford CBD, which has now been officially recognised as the region’s capital city,” she said.
“We also believe that it is critical that the RPAC remains a community-owned asset that is accessible to the whole community and has, in addition to the much-needed Concert Hall, facilities and spaces suitable for a variety of performers, functions and audiences.

“MAC had suggested to Councillors, MPs and members of the Council executive, that they should consider the Broadwater Hotel in Mann St as the location with the greatest potential to deliver an iconic, accessible and versatile community Performing Arts Centre. “We believe this site has many advantages that are lacking at alternative locations such as City Park, Leagues Club Field, the top of Georgiana Tce or locations outside of the CBD currently under consideration,” Mrs Hardy said.
“It is already owned by Central Coast Council; it has a commanding civic location, right next door to the Council’s Gosford Chambers in the heart of the CBD, and in an area that desperately needs revitalisation. “The site is of a size that would meet all the specifications that the various stakeholders would be looking for in the RPAC, it is within close proximity of the Central Coast Conservatorium of Music and, with considered architectural design, should be able to be connected to the CCCM. “It also has the potential to be connected to the site of the proposed Regional Library in Donnison St. “Overall, utilization of the Broadwater Hotel site as the home for the Regional Performing Arts Centre could lead to the creation of a vibrant, highly visible and accessible Civic and Cultural Precinct in the very heart of Gosford City.

“An iconic RPACC, with connections to the Gosford Chamber, Regional Library and CCCM, on and around Mann St, could be special enough to compensate for the loss of the precinct the community longed to see built on the site of the former Gosford Public School. “MAC believes selection of the Broadwater Hotel site for the RPACC to be the only location that would unify the whole Central Coast community behind the project, whereas all other locations are contentious, divisive or pit the interests of one organisation above those of the local arts community and the broader community. “It is our sincere belief that, given the sale and development of the Gosford Public School site, the Broadwater Hotel site could be transformed into a jewel that could truly become Gosford’s Cultural Heart for generations to come,” she said.
Source: Media release, Apr 7 Margaret Hardy, Multi Arts Confederation of the Central Coast

Not happy with Council project expenditure