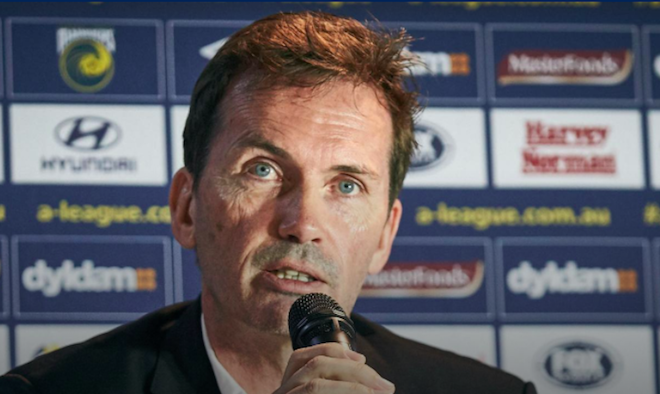 Coach Mike Mulvey put a broom through the playing team.

The contracts of Poscoliero, Skapetis, Bingham and Rose expired at the completion of the Hyundai A-League 2017/18 season and will not
be renewed beyond this point.

Powell and Bingham both sustained injuries in the Mariners’ final match of the season and will complete their rehabilitation with the club
after undergoing surgery.

Bingham sustained an AC Joint injury (shoulder) and Powell sustained a fracture to his finger.

Roux, who was contracted with the Mariners until the end of the Hyundai A-League 2018/19 season, has been granted a release to pursue
other opportunities.

Tom Glover’s loan agreement between the Central Coast Mariners and Tottenham Hotspur expires on May 31 and will not be renewed.

The contract of Mr Berckmans expired at the completion of the Hyundai
A-League 2017/18 season and will not be renewed. Berckmans has been granted immediate release.

Mr O’Sullivan has been given notice that his services are no longer required at the Central Coast Mariners.

The Central Coast Mariners would like to thank the players and staff members mentioned above for their efforts and wish them all the best with
their future endeavours.