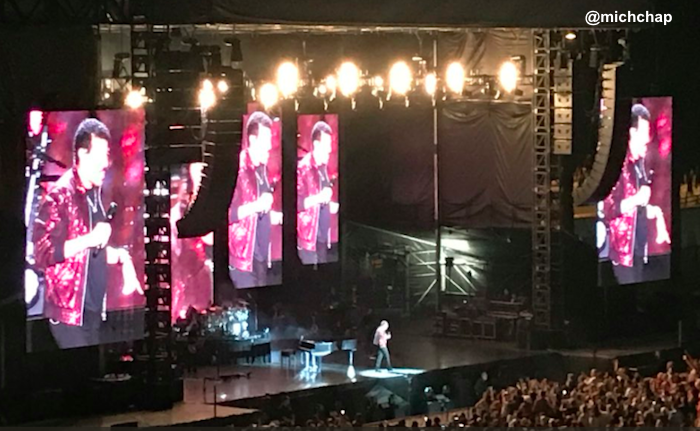 Pop legend Lionel Richie performed in front of 10,000 adoring fans at Central Coast Stadium in Gosford last night, proving that he still has his mojo and is loved by regional audiences.

Central Coast Stadium is usually home to the Central Coast Mariners A-league football team but on this Saturday evening, there was more applause, waving and dancing than is usual at this picturesque ground located on Gosford’s waterfront.

Lionel Richie did not fail to impress his fans with a professionally choreographed show that included many of his global hit songs. Fans sprang to their feet, smartphones alight in hand swaying to the rhythms of  Hello, (is it me you’re looking for) the 1984 mega-hit.

The concert was in many ways an experiment for promoter Paul Dainty who was punting on regional audiences fronting up and supporting the initiative. Before the show Mr Dainty said. “this[concert] could be the start of a number of top class international acts coming to Gosford”

By all accounts, it was a successful experiment, thanks to the roll up and support he received from the community and Central Coast Council, the owners of the stadium.

Mr Dainty represents a series of global super acts such as The Rolling Stones, Guns n Roses and Bon Jovi.

One local fan Michelle Chaperon‏ @michchap tweeted ‘Lionel’s still got it! @LionelRichie killing it at Gosford tonight! Having so much fun with my family here tonight’.