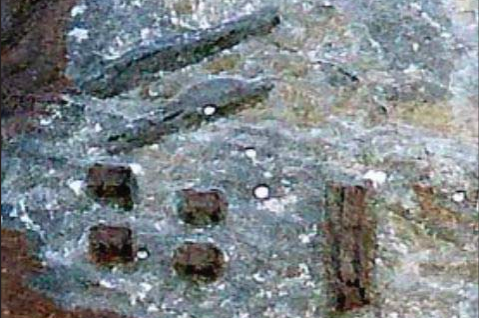 Do you recognise this carving or know of its origin?

The Wagstaffe-Killcare Community Association is seeking help to identify the origins of rock carvings found on sandstone in Bouddi National Park.

The carvings are thought not to be aboriginal. “The patterns, together with around 20 others, differing only in the arrangements of the same three basic components, have been found carved into sandstone in Bouddi National Park,” said association president Ms Peta Colebatch. “We have no idea of their origins, other than that they are likely not aboriginal,” she added. Anyone with knowledge of these carvings is urged to contact the association.