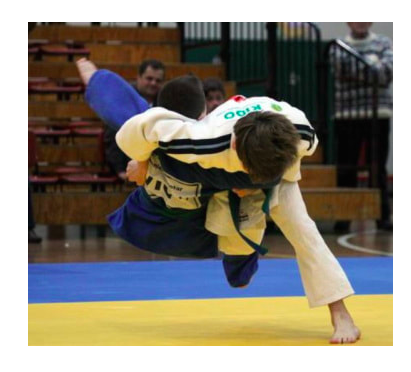 The KIDO Mingara team returned with an outstanding medal haul of three gold, one silver and one bronze, and drastically improved their point standing in this defining second selection event of the season. The event included participants from as far afield as Japan and Singapore, with large contingents from every Australian State and New Zealand. “At stake for the Australian competitors were the National Selection Points which determined who was included in the Australian team for the 2018 Oceania Continental Judo Union Championships, to be held in New Caledonia on April 29,” explained KIDO Mingara’s head coach, Mr Peter Acciari. KIDO Mingara’s Caroline Hain secured her second international Senior Women’s gold in the 48kg in as many weeks. “She followed a focused, planned and tactical approach by showing no hesitation in her application of groundwork and submission waza skills.

“When her normal throws were not scoring, Caroline changed sides to throw with a osoto harai (leg sweeping) throw. “In the final, she again met up with her NSW rival, whom she threw and held down in the dying seconds of the match, for the gold medal,” Mr Acciari said. Daniel Villani competed in the Under 66kg Cadet Division. “With the confidence provided by his strong preparation and new tactical approach, he dominated all his bouts, using strong submission techniques, to win the gold. “He showed the crowd a glimpse of his potential by winning the finals with a superbly executed Urenage souple throw,” Mr Acciari said. Villani also competed in the Under 21 Junior Men’s Division. “After convincingly winning his first bout against a New Zealand entry, Daniel was facing a strong NSW opponent that he had played before.

“By not giving him any space, he used his speedy follow-up to groundwork into a winning tight armlock submission. “In the medal bout, he encountered the top seed, who was able to score and relegate Daniel to second place,” Mr Acciari said. Their results, plus their points in the February ACT International event, saw Hain and Villani selected for the Oceania team. Villani was also selected for the European Tour team, and will compete in Russia and Germany in the Cadet Opens. Angelina Yokoyama competed in the Under 52kg Senior Women’s Division. “After fighting well in the Senior elimination bouts, it became evident that Angelina’s strength limited her ability to assert her techniques fully.

“She is still not yet able to follow her throwing attacks through for a high score, rather relying on her very good transition to the ground. “However, she still won and secured a gold podium spot,” Mr Acciari said. Liam Yokoyama returned to competition in the heavier, Under 73kg Senior Men weight division, after a three-year absence, without any high expectations on his part. “His first bout started fast, however, a tactical mistake found him thrown for ippon in the last minute of the match. “Not expecting to fight again due to losing his first bout, Liam was surprised but keen, to face a Japanese team player in the repechage rounds. “The match lasted only about 35 seconds.

From the first grips, Liam threw his opponent with sode tsuri komi goshi (hip throw) for a half point, followed by quick transitions into an armbar, for an ippon submission, tap out win. “His third match, against a Vic player was over within seconds, by throwing his opponent off the first grip for a full point win. “This set up the fight for a bronze medal against a strong and skilled Japanese ne waza (groundwork) expert. “Catching Liam in the early stages of the match, his opponent was able to get a hold down, from which he eventually broke out, only in the nick of time,” Mr Acciari said. “Liam’s persistent attacks caught his opponent with a ko ouchi gari (foot sweep) in the last minute of the bout.

“At the end of four minutes, both players were even, therefore leading into Golden Score and another five minutes. “This match really pushed Liam to his limits and showed just how unfit he was after a long break from competition. “Calling on all his reserve, with neither player giving much ground, Liam finally scored with another ko uchi gari for the bronze,” Mr Acciari said. “Five medals are tremendous. “This Queensland competition was an improvement for all players. “The four are role models for our new young beginners’ classes, where they help out regularly, with all players benefitting,” Mr Acciari concluded.