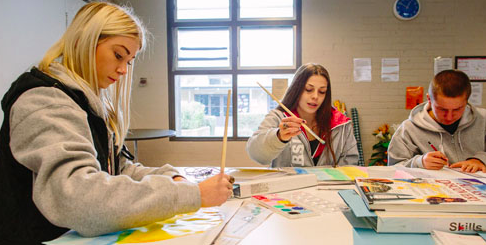 The ACTU has identified the Central Coast as one of 20 areas in Australia with an unacceptably high rate of youth unemployment.

Those areas are grappling with youth unemployment rates from 16 to 67 per cent. “Opportunities have been stripped from young people, as employers opt to hire temporary visa holders, removing the incentive for employers and governments to invest in training local workers,” said ACTU Secretary, Ms Sally McManus. “The government has turned a blind eye to the youth unemployment crisis in the Central Coast region, including Gosford, where 18.6 per cent of young people are without a job. “The Turnbull government has also cut investment in our schools, universities and TAFE, resulting in young people being unable to get the skills they need to get a good secure job. “The experiment of privatising vocational education and training has been a disaster.

“Too many young people are now priced out of education and left without work. “People know that something needs to be done to help young people find a job and end the cycle of unemployment that is plaguing too many towns and communities across Australia. “The Government needs to address this massive problem. “The rules need to change so locals are offered jobs and training first – the system should favour permanent migration, and temporary visas should only be issued for genuine shortages with strong protections against abuse. A new report by the Brotherhood of St Lawrence mapped unemployment “hotspots” for young people in NSW, and found 18.6 per cent of young people in the Central Coast region, including Gosford, were unemployed.

“The story of youth employment in our prosperous country has become a tale of two Australias,” warns the report. It also finds one third of all unemployed people in Australia are aged 15 to 24. The Brotherhood of St Laurence’s Executive Director, Conny Lenneberg, said the new report exposed how location was shaping opportunities for young Australians. “The modern economy is creating new risks for Australia’s emerging generation. “To meet this challenge, we need action from governments as well tapping into the efforts of employers in local communities. “Stubborn rates of youth unemployment are not just a concern for families or the welfare sector.”