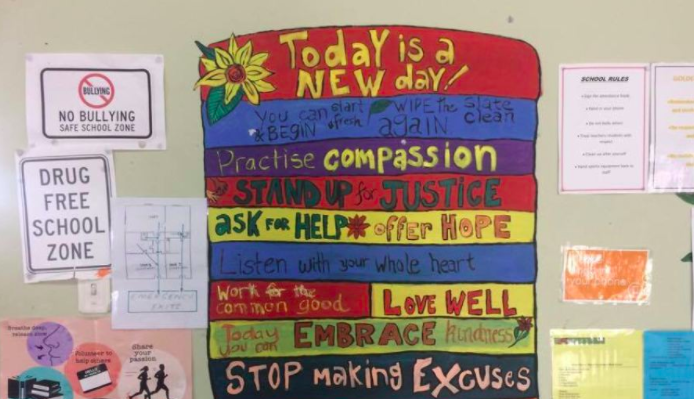 Staff, parents and students are up in arms that the alternative high school in Kincumber is under continuing pressure from the NSW Education Standards Authority (NESA) to close.

NESA wants the Eagle Arts School to close even though it is only one of three small schools on the Central Coast which cater for teenagers who struggle with mainstream high schools. “We have no tests or exams, no fees of any kind. “Kids do a lot of sports here and there is lots of work experience too,” said Eagle Arts High School Principal, Ms Gab McIntosh. “We still study English, Math, Science and so on, but less of it,” Ms McIntosh said. “Kids really enjoy this school,” she said. “The NESA, however, is on a mission to close down any school that tries to help kids who are different. “They have been after us since July 2017, and it has been very stressful for staff, students and parents.

“I have that in writing; can you imagine the arrogance of the NESA saying they will ignore the Anti-Discrimination Board. “Imagine if a Central Coast business or Council tried that trick. “We are still open for business and we are welcoming teenagers. “The school takes students 14 years and over, in Years 9, 10, 11 and 12. “We will be starting a Facebook and a Twitter site called Save Eagle Arts Alternative School, and we would appreciate the community support. Coast Community News has asked Minister Stokes’ office for comment.

Central Coast Grammar to refurbish and extend B Block