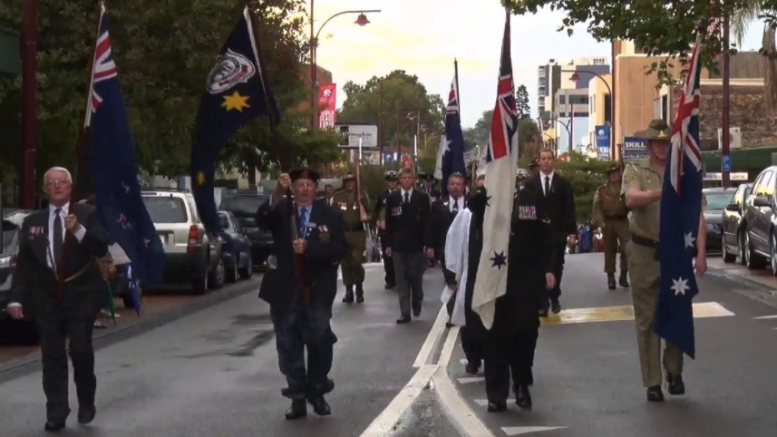 Across the Central Coast the community is preparing to honour the fallen as 2018 ANZAC Day approaches.

Services are to be held around the Central Coast on April 25, not only to mark the 103rd anniversary of the ANZAC landings at Gallipoli, but also to commemorate the action at Villers-Bretonneux, which effectively ended the German offensive launched a month prior. Troops at Villers-Bretonneux, France, battled as part of a wider effort to halt a German spring offensive which was threatening to win them the war.

Throughout early April in 1918, Australian units helped defend Villers-Bretonneux from this onslaught, but at dawn on the 24th, the Germans attacked and captured the town. Leading the British counter-attack, the Australian 13th and 15th Brigades enveloped the town and successfully cleared it of Germans on the 25th of April, the third anniversary of the ANZAC landings at Gallipoli. Services will be held across the region at the following locations: Breakers Country Club’s Wamberal service will commence at 11am, and the club will also host Australian Bush Band, the Frohlich Bros, from 1pm to 4pm.

Davistown RSL Club’s Dawn Service will be held at 6am at the club’s Memorial Wall, followed by entertainment provided by Howard Shearman from 11am to 2pm, and Two Up in the club auditorium from 1pm to 4pm. The East Gosford RSL Sub Branch will meet at the Erina War Memorial for an 8am service. Gosford RSL Sub Branch will gather outside Gosford Police Station (Mann St, Gosford) at 5:45am and march to Memorial Park for the 6am Dawn Service. The Sub Branches’ main service will also be held in Memorial Park and commence from 11am.

This will be Gosford’s main march and veteran’s parade, with marchers gathering at Donnison St (Kibble Park end) at 10:15am, and then marching to Memorial Park (from Donnison St via Mann St) at 10:30am. Two Up will be played at the club from 1pm. Terrigal Wamberal RSL Sub Branch’s Dawn Service will commence with a march (5:15am) from Church St Terrigal to the Memorial at Terrigal Beach, with the service starting at 5:30am.

The main service for the Terrigal Wamberal area will be the 11am service at the Breakers Country Club. Central Coast Council is encouraging everyone to get out and support local ANZAC Day services and marches across the region and recognise this as a very important milestone in the nation’s history. Council advises locals that there will be a number of road closures in place to accommodate marches and the expected surge in crowd numbers for this very significant celebration. For services happening in the former Wyong LGA consult the Wyong Regional Chronical edition 138 out on April 17. For services taking place across the Woy Woy Peninsula consult the Peninsula News edition 442.