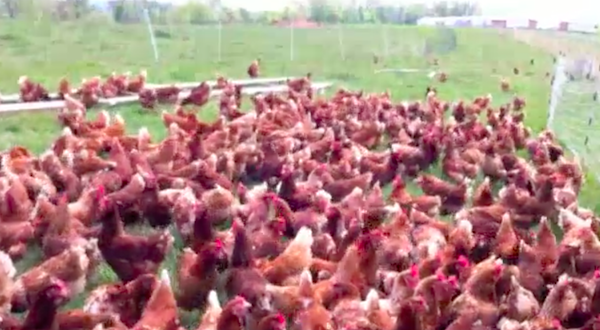 A record number of submissions has been received on the draft Australian Animal Welfare Standards and Guidelines for Poultry (S&Gs) during the 90 days public consultation period, which closed on Monday, February 26.

With over 165,000 submissions, it’s the largest response to a public consultation that Animal Health Australia (AHA) has managed, said Kathleen Plowman, AHA CEO. “It’s currently five times the amount of submissions received during the development of welfare standards and guidelines for other industries, mindful that final numbers won’t be known for a few more weeks as collation continues,” said Ms Plowman. “AHA recognises and appreciates the efforts of all stakeholders who helped spread the word about public consultation, ensuring the message went far and wide. “Such extensive public consultation is what we set out to achieve, so it’s a fantastic result.

“We also thank everyone who shared their views on the draft document. “These submissions will help guide the development of the next version of the Standards and Guidelines and ensure that a robust document is delivered to Australia’s agriculture ministers,” said Ms Plowman. The draft standards mark an important step forward in poultry welfare in Australia, moving from the existing voluntary system to national regulation. Submissions will be reviewed by an independent consultant, who will deliver a report with key findings to the Animal Welfare Task Group (AWTG), which includes representatives from all government jurisdictions. Based on these findings, a revised welfare standards document will be developed under the direction of the AWTG.

The revised welfare standards will then be provided for consideration to the Stakeholder Advisory Group, which is comprised of representatives from industry bodies, welfare organisations and all government jurisdictions. The Standards and Guidelines document will be finalised by the AWTG and progress to Australia’s agricultural ministers. The independent consultant’s report and the major submissions will be available in June 2018, on the Animal Welfare Standards Poultry website.