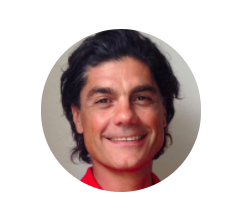 A Forresters Beach resident with a longstanding love affair with Soldiers Beach and Norah Head has published a book.

Self-described rock and roll psychologist, Dr Carlos Camacho, has reflected on his life and career in his latest work, Goodbye Charlie.

When he was just 18, Dr Camacho thought he would die, stuck in the middle of an Australian desert, with a broken-down Holden and a limited supply of food and water. This was one of many of Dr Camacho’s close calls as he travelled across Australia, Cuba, Peru, Brazil, Argentina and Uruguay in search of himself. A powerhouse of intellectual and creative energy, Dr Camacho has a Masters in Psychology, an Honours degree in Philosophy and has recorded four music albums in English and Spanish, as well as 4 EP’s as a solo artist. He has also written and produced theatrical plays after founding a Theatre Club at University, written books of poetry, short stories, and now his autobiography, in Goodbye Charlie.

“As a psychologist, I have the privilege of helping people facing difficult issues, so I thought it a good idea to describe my own rise and fall, and what I had to do to rebuild my life,” Dr Camacho said. “I also wanted to describe my parents’ struggle to get us established in Australia, after arriving from Uruguay in 1970,” he added. After travelling in Latin America, Dr Camacho eventually returned to the Central Coast and his beloved Soldiers Beach, where he spent the last 30 summers, and where he raised his children. “I have a connection with this ocean when I’m near Norah Head, I feel alive,” he said. Dr Comacho now works as a psychologist for Axion from the grounds of Wyong Hospital, and still has his private practice in Sydney’s western suburbs. Dr Camacho was certainly challenged by the conditions of his adolescence, having spent those years in Uruguay and Argentina.

“I had to keep restarting my life in different countries, and it was sometimes a struggle to make friends. “It made me independent and determined to keep getting up, whenever I was knocked down. “This is a guide to how to build, destroy and rebuild your life. “I have faced some very tough challenges over the years and I found that I needed to make sense of the good and bad decisions in my life,” Dr Camacho said. “Goodbye, Charlie was seven years in the making. “I went through a difficult and complex time in my life and thought I would write about it. “Once I started, however, I realised I had to start from the beginning, that is, from my childhood. “I also realised I need to stand back from myself, and so I wrote it in the third person from the point of view of someone that doesn’t really like me. “It was a lot of fun, as I was able to laugh at myself and criticise some of my decisions in life. “Like most autobiographical writing, it was a cathartic experience,” he continued. “It turned out to be an autobiographical novel, with a couple of fictional characters and a plot with a few twists,” Dr Camacho concluded.