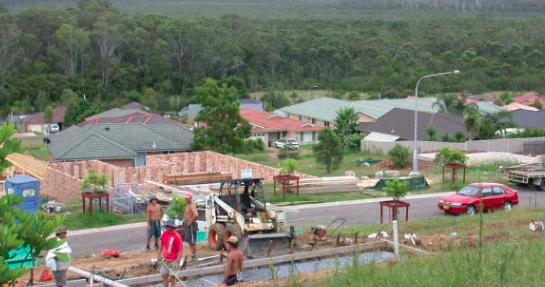 From Watanobbi Knoll looking out over the Porters Creek wetland

Mayor Jane Smith replaced a staff recommendation to defer the permanent protection of the wetland, with an alternate motion for Council to request Acting CEO, Mr Brian Glendenning, to arrange a meeting with the NSW Office of Environment and Heritage, Department of Planning, and other relevant stakeholders, to discuss how to permanently protect the wetland.

The Mayor’s motion was seconded by Clr Kyle MacGregor. Clr Greg Best asked questions about the meaning of “permanent protection” and Mayor Smith answered that it could include things like conservation agreements, but mechanisms had changed due to recent changes in NSW laws around biodiversity. Clr Best also asked if permanent protection of Porters Creek would have any economic impact on the Central Coast. Director, Mike Dowling, responded that the Porters Creek Wetland was part of much larger parcel of land that incorporated employment-generating land, but it could be subdivided “so Porters Creek Wetland stands alone,” Mr Dowling said.

Clr Rebecca Gale Collins also asked what the purpose of permanent protection would be and Mr Glendenning responded that the State Environmental Planning Policy (SEPP) covering the wetland already made it subject to rigorous protections, but as part of the NSW Government’s changes to biodiversification, there may be new avenues open to Council to embellish that existing protection with additional funding. Councillors voted unanimously in favour of the Mayor’s alternate motion in spite of a staff recommendation that the matter is deferred until all matters regarding the Central Coast Airport were resolved.

Porters Creek Wetland adjoins the airport at Warnervale, and some plans for the proposed future expansion of the airport, extending the runway through the protected wetlands. On November 27, when Councillors resolved to stop expenditure on the expansion of the airport, and divert budgeted funds to employment-creating projects, they also resolved to permanently protect all of the Porters Creek Wetland owned by Council, and south of the current runway, from development, for biodiversity, emergency drinking water supply and protection of the water quality into the Tuggerah Lakes Estuary.

The staff report said: “Council is considering a number of complex matters, including confidential privileged legal advice on the Central Coast airport, and it is too early to provide a report for resolution of the Council on the Porters Creek Wetland until these matters are resolved.”