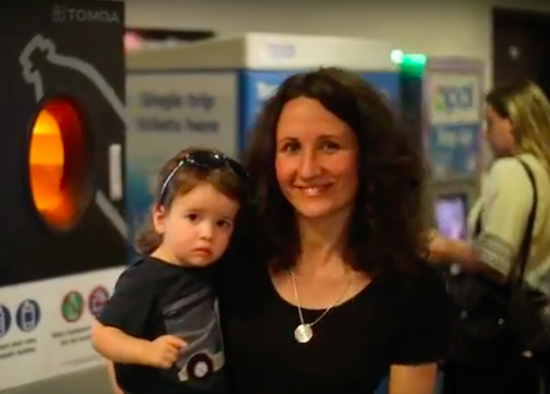 The Return & Earn scheme is up and running, though no centres are in Wyong as yet. Image: Boomerang Alliance

Member for Wyong, Mr David Harris, has criticised the NSW Government for short-changing consumers by as much as $100m so far, under the container recycling scheme implementation.

Mr Harris said that in the fi rst 10 weeks of the recycling scheme, just $8.3m has been handed back to consumers in container refunds. At the same time, consumers had paid up to $110m in higher beverage prices since suppliers began passing on the cost of recycling at the start of the scheme. The problem is especially relevant to the Wyong electorate, which still has no collection point, he said. In fact, there is a 44km stretch between reverse vending machines at Lisarow and Bateau Bay, and the next collection point at Bonnells Bay. In contrast to this, there are two reverse vending machines in Erina, only three kilometres apart. So far, 83 million cans and bottles have been returned, less than 10 percent of eligible containers sold. “Consumers in the northern parts of the Central Coast are paying the drinks tax, but have no collection points to get their refunds,” Mr Harris said. “Major retail centres such as Tuggerah, Toukley, Wyong and Lakehaven have no collection points,” he said. “This program is supposed to be good for the environment and good for proactive consumers and recyclers, instead we are left footing the bill for a scheme that isn’t working. “The Government needs to roll out more collection points in the northern part of the Central Coast and deliver for us.”

Mr Jeff Angel, from the Total Environment Centre and Boomerang Alliance, said: “Hyper-criticism by some media outlets of short-term issues being experienced by the NSW container deposit system, Return and Earn, was inflated nonsense. “Every such scheme in the world has a ramp-up period and it takes time for financially viable infrastructure to be put in place and for the community to adapt. “To think that the current issues will be permanent features is ridiculous. “Clearly the hypercritical commentators aren’t interested in a proven program being given time to sort out our serious recycling and litter problems,” Mr Angel said. “New collection points are being opened every week and it’s very gratifying that the community wants more. “As for the alleged consumer rip-off, the arrangements are no different to what occurs in South Australia – returns are projected; advance payment made by bottlers, and in the next quarter adjustments are made according to actual returns. “Many bottlers then reduce their prices if there was an overpayment. As the system settles in, projections become more accurate. “The initially agreed prices are to be reviewed after February. “From our research, the 67 percent return rate for the first few months is close to what we predicted. “It will gradually ramp up to about 80 percent. “Return and Earn is a big, new program and NSW is the first state in Australia to bring in the modern, automated system that is necessary for our big cities and towns. “The government, community and Tomra/ Cleanaway are to be congratulated for their commitment and support,” Mr Angel said.