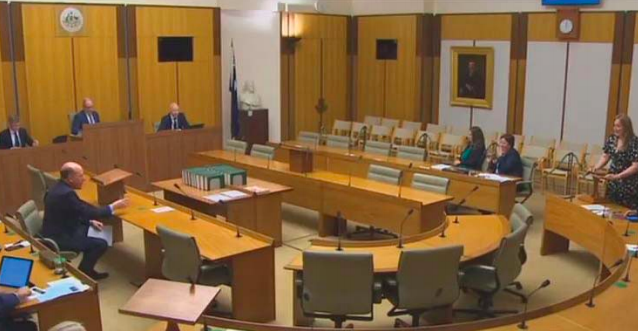 Member for Dobell, Ms Emma McBride, has directly called for the Federal Minister for the Environment and Energy, Mr Josh Frydenberg, to “reject the Wallarah 2 coal mine”.

“Today I call on the Minister for the Environment to take a stand to protect my community’s drinking water,” Ms McBride said. “I call on him to choose science over politics, and to choose Central Coast people over foreign mining interests,” she said. “This mine plan, which has plagued our community for more than a decade, has now been recommended for approval by the NSW Planning Assessment Commission. “This beggars belief, but the Federal Environment Minister can stop it, and he must stop it. “The Central Coast community is against it. “The Central Coast Council is against it. “The State Labor Opposition is against it.

“Even the State Liberal government was against it. “At least that was the case when former Premier, Barry O’Farrell, was famously photographed in his ‘Water not Coal’ T-shirt, lining up with candidates for the 2011 state election, promising that this mine would not go ahead, ‘no ifs or buts’.” Ms McBride said scientific evaluation was even more important than broken political promises. “Experts have warned that this mine threatens the long-term water supply of the Central Coast,” she said. Ms McBride quoted the Federal Government’s independent expert scientific committee, which assessed the proposal, and found there were ‘significant risks associated with the proposed project having a detrimental and long-lasting effect on an already stressed water supply catchment’. “What can the justification for this mine be?” Ms McBride asked, stating that she believed both jobs and the environment are important. “We need real jobs on the Coast—jobs that stack up economically and environmentally.

“Conditions have been placed on the mine, but how can we be satisfied, given the warnings of the experts? “This is not just an issue for the Central Coast or for NSW; it is an issue of national significance. “This mine is now before the Minister for the Environment because it was captured by the water trigger enshrined in the Environment Protection and Biodiversity Conservation Act by Labor, to protect communities from this very threat. “Water is precious. “My community knows this. “We remember, only a decade ago, the severe water restrictions imposed when our dam levels plummeted to 13 percent.

“As a counsellor at the time, I welcomed the then Labor government’s $80m contribution, in partnership with Wyong and Gosford councils, to build the $120m Mardi to Mangrove pipeline, critical infrastructure, securing our long-term water supply. “Our community will not have that supply jeopardised by a mine. “Wallarah 2 proposes to mine under the Jilliby Creek catchment and release 300 megalitres of treated mine wastewater into the Central Coast catchment each year. “This is not acceptable. “Our water is not the property of a foreign mining company but the very life force of our community. “Today I implore the Federal Minister for the Environment and Energy to stop this mine, to stand up for our community and to act in its interest.”