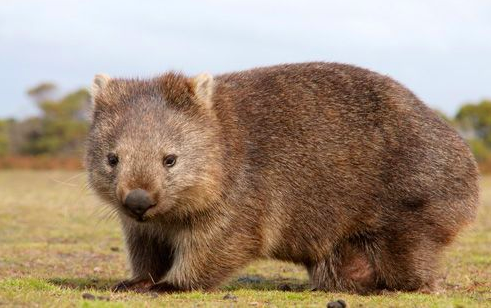 The National Parks and Wildlife Service is calling for anyone with information to come forward after four wombats, including a baby, were deliberately killed at the Mill Creek campground in Dharug National Park. Ranger, Ms Sarah Brookes, said a member of the public made the sickening discovery.

“One of our campers in the area found the awful scene on March 2, after seeing a ute driving in the area on the previous night with a spotlight,” she said. “The wombats, which were all female, were found at the campground and picnic area. “It appears three of the wombats have been run over or hit by a vehicle, while one has an obvious knife wound. “It is a sickening crime and we are appealing for anyone else with information to help us find the person or people responsible,” Ms Brookes said. “Wombats are a common sight at Mill Creek and many visitors camp there specifically to see wombats in the wild. “It is an offence under the National Parks and Wildlife Act to harm native animals and penalties can include a fine of up to $11,000 and or six months imprisonment. “Police are investigating and we would urge anyone with information to please call the Bulga NPWS office on 6574 5555,” Ms Brookes added.

On the Beat, Terrigal

Body found at Terrigal Haven has been identified