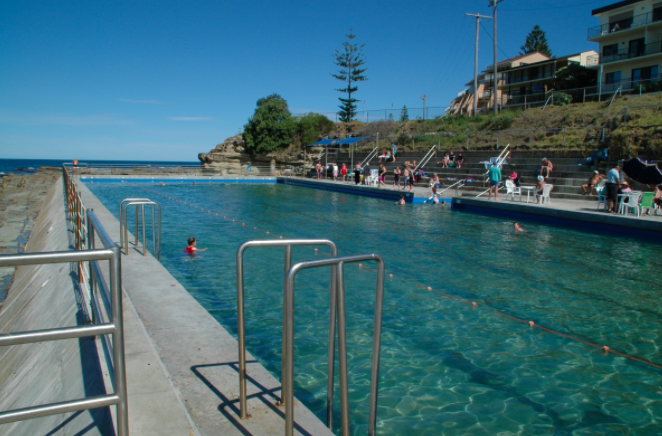 Mr McBride was Member for The Entrance from 1992 until his retirement in 2011, serving in the CarrIemma Governments as a Minister between 2003 and 2007. Mr McBride passed away in February 2018, after a short battle with Alzheimer’s Disease. He was a keen supporter of the Ocean Baths and campaigned with local residents, in 2002, to have the Baths placed on the heritage list to protect them.

More than 9,000 signatures were collected in the campaign, with local community groups and small businesses assisting. “It is a fitting tribute to a man that has done so much for the Central Coast and the Entrance electorate. “Grant was a huge supporter of these baths and to have them named after him is a great way for Council and the community to honour him,” Mr Mehan said.

Fires at Froggys were precursor to squatter evictions