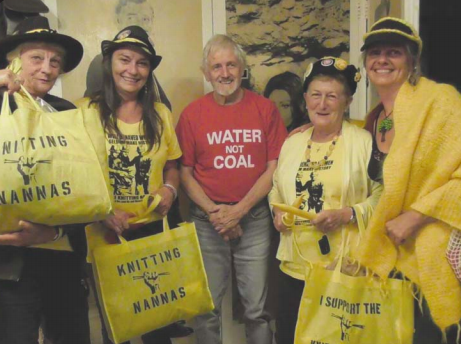 Five locally made independent films, covering various social subjects, were enthusiastically received as they canvassed the great talent of filmmaking on the Coast. An Indigenous welcome and also a vocal and guitar performance by Mr Jake Cassar opened the evening. An update on the Australian Coal Alliance (ACA) campaign against the Wallarah 2 mine was given by Mr Mike Campbell in lieu of Mr Alan Hayes, who was in Canberra meeting with the Federal Minister for Energy and the Environment, Mr Josh Frydenberg. “Gosford people realise the critical need to protect the water aquifers that feed eventually into Mangrove Dam and that they must be protected at all cost for an expanding population of the Central Coast,” Mr Campbell said. “Over $3,000 was raised to pay substantial legal costs for the court challenge against the approval of the mine, in the NSW Land and Environment Court later this year,” he said.