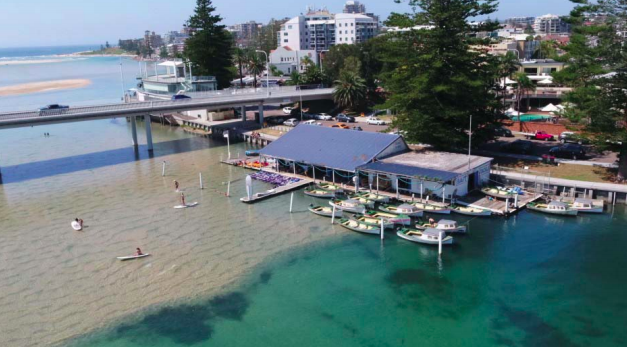 A motion to acquire a super dredge to address the imminent closure of The Entrance Channel, as well as the channel of Brisbane Water, was defeated at the Central Coast Council meeting of February 26, pending a briefing from staff.

Councillor Greg Best’s motion, which was seconded by Clr Jilly Pilon, said Council should “note with alarm the likely closure of The Entrance Channel due to a mass tidal sand migration”. The Motion called for Council to recognise “the imperative of dealing with this issue urgently, due to the likely impact on our environment, our tourism industry, and the costly flooding risks to thousands of Coast residents. The motion went on to say that “it is with this understanding that Council, in principle, agrees to acquire a suitable sea-going super dredge to deal with The Entrance…and choke tributaries.” It also called for staff to urgently report to Council on suitable dredge options, the acquisition process and budget requirements in the 2018- 19 budget round.

Ms Lane Whitfield, who recently took ownership of The Entrance Boatshed, addressed the Council meeting about the dire situation now facing her business. Ms Whitfi eld said her boat hire business was suffering because of the massive sandbar now separating her premises from the water. “Start the process to fix the waterway for good,” she urged the Councillors. “You are in a process of allocating funds for your $850m budget, don’t spend it on study after study. “Band-aid solutions will have no effect on our business whatsoever. “A coat of paint on a tired old dredge is not going to fix our problems. “This is happening on your watch; you need to have a plan,” she said. “We originally looked at the business in September, and we can physically see the difference in just the five months since then,” she said.

Various Councillors asked questions of the Director, Assets, Infrastructure and Business, Mr Mike Dowling, regarding the costs of acquiring a dredge and the prospects of funding from the NSW Government. Mr Dowling said the minimum cost to purchase a small cutter sucker dredge that would deposit sand back on the foreshore, would be between $12m and $15m. “If the resolution directed Council to purchase a dredge, it could be any amount of money, depending on the size of dredge needed to complete the operation,” Mr Dowling said.

He confirmed that a programmed co-funding by the NSW Government to dredge The Entrance Channel was due to be carried out between March and June. During the debate, Mayor Jane Smith foreshadowed that she would like the matter deferred for a detailed briefing with staff. “I get the feeling that Councillors are not across the issues here,” Mayor Smith said. After some discussion, the seconder of the motion, Clr Pilon, was able to speak to Clr Best’s motion. Clr Pilon said the state of the waterways was at a “critical point, requiring urgent ownership, responsibility and action. “Central Coast Council must step up and act now, make dredging a high priority and we need a long-term solution,” she said. Mayor Smith said the matter of whether Council or the NSW Government was responsible for dredging the waterways remained “in dispute”. “There are letters flying around the place for both sides of the argument,” Mayor Smith said. “I know Clr Best said he didn’t want people walking out without action, but his motion is to consider things. “I fully support, in spirit, the notion of fixing things,” she said.

Deputy Mayor, Chris Holstein, said an oceangoing dredge could cost $20m. “The State Government has already said it will not fund capital expenditure. “Works it will fund at 50 percent, but it is not consistent across the State. “Port Hacking has $1m a year to maintain waterways. “Minister Toole said there is no legislative obligation. “Well they make the legislation, so let them change the legislation,” he said, calling for revenue from fishing licences, boat registrations, boat licences, and moorings fees, to be fed back to cover the cost of dredging. The debate concluded with Clr Greg Best being silenced, and Council adopted the decision to defer the matter until Councillors could receive a briefing from staff. After the meeting, Clr Greg Best said he believed Council’s failure to act quickly left communities all around the Tuggerah Lake and The Entrance vulnerable to flooding. He described The Entrance Channel as a “flood relief valve” and said it was critical that there was a permanent plan in place to keep it flowing.

The Entrance dredging ‘a slap in the face’ – Tesch

A hive of activities over the holiday period