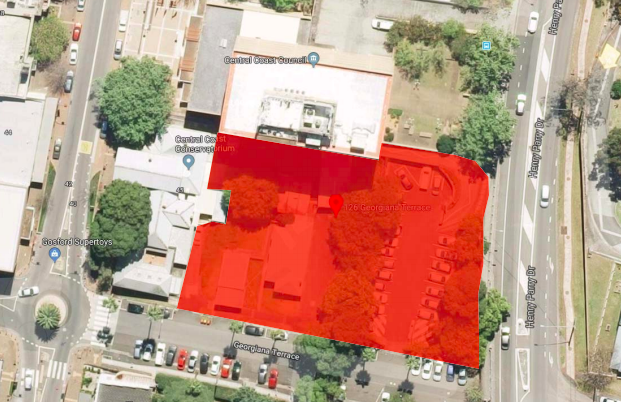 Pressure from the NSW Government has resulted in Central Coast Council calling for an urgent report on all possible sites for the proposed Regional Performing Arts Centre (RPAC), by March 12.

Mayor Jane Smith called for the report in a last minute Mayoral Minute at the February 26 Central Coast Council meeting.

Clrs Chris Burke and Greg Best attempted to move an amendment to have the matter deferred, which failed. Acting CEO, Mr Brian Glendenning, in an attempt to clarify why the report was urgent, said: “The resolution the Council made under Administration, on February 22, 2017, required that Council staff investigate only two locations, Leagues Club Field, and part of the remaining Gosford School site, which we will now call the St Hillier’s site. “That is constraining our ability to liaise with potential funding bodies about their requirements and also constrains the work we can do to try and deliver this RPAC to the community,” Mr Glendenning said. “It (the requested report) is opening the door to allow staff to provide a report to this Council that will address some of the questions people have about potential alternatives that we can’t currently consider formally, as staff,” he said.

“There has been an emerging urgency in our dealings with one of the funding bodies and hence the need for me to ask the Mayor to raise this urgently so we can provide that report to you. “I am told that the funding bodies are requiring us to provide information urgently and I need to open the door to look at some alternate sites so that we can give them some alternatives, if that is necessary,…I don’t know what their firm [cut off] date is going to be at this point,” he said. The State Government appointed Central Coast Coordinator General, Ms Lee Shearer, said she was not supporting any particular site for the RPAC. “I am not going to back either or, but what I will say is my early thoughts, and we have to wait for the government architects to finish their work, but I think that [Leagues Club Field] is absolutely integral as being open space,” Ms Shearer said.

“If we put another building there, I am not an architect, but if we put another building there, we close off that whole accessibility again to the waterfront, so that concerns me,” she said. “It has never been properly progressed with the State Government, who had an agreement in 2015 that they would give some of the money, and there were some conditions around it. “I understand that poppy park was certainly where it was being considered, but I understand everyone seems to agree it won’t fit there. “I don’t know what we are trying to build, to be honest with you. “If we are building a conference centre, the issue is the funding was conditional from the State Government perspective that it adjoins a conservatorium. “We have got a conservatorium and I don’t know that they have been consulted.

“So this community can own the outcome, I am not backing anyone in, but what I am backing is that people start talking to the people who actually have the interest. “That is what I want to happen, and the funding will be in danger of being lost because we are now nearly four years down the track and I have not seen a plan,” Ms Shearer said. Coast Community News understands that the Central Coast Conservatorium of Music is already working with a range of stakeholders to develop a business case and a plan for the Regional Performing Arts Centre to adjoin the Conservatorium’s existing heritage building on the corner of Mann St and Georgiana Tce. The design is understood to be driven by musical performance and not as a conference or multi-purpose venue. Member for Robertson, Ms Lucy Wicks, said in Parliament, on February 26, that all three levels of government are funding this project. The Coalition Federal Government has committed $10m, with $12m from the NSW Government, including $2m towards the Conservatorium, and $10m from Central Coast Council.

“Together, we are determined to see a world-class, iconic, venue that really reflects the beating ‘cultural heart’ of our city,” Ms Wicks said. “Last week, I met with Central Coast Council leaders and members of the local arts community to hear the latest plans,” she said. “It’s always been the responsibility of Central Coast Council to decide or determine the exact location of this iconic centre, and this remains the case. “But it’s fair to say that we are now at a critical time … and we also have a glorious opportunity to deliver what is a decades-old desire for a performing arts space in Gosford.

“Council has told me that the pre-design process has commenced, with the preferred location being the Leagues Club Field on the Waterfront at Gosford. “Council is also holding workshops with key stakeholders in the arts, culture and conferencing sectors, and I’ve also been meeting with many local arts organisations to listen to their views, and I will continue to do so. “But in an exciting new development in this decades-old iconic project, Council is now saying that they expect construction to begin in January next year. “It’ll take around 18 months to complete … so the Council’s current timeline has a proposed opening in June, 2020. “I can’t wait to be at the opening night,” Ms Wicks said. Ms Wick’s office confirmed, on February 28, that the Federal Government’s contribution to the RPAC was not contingent on its colocation with the Central Coast Conservatorium.

Mayor Jane Smith said it was important that the question of the site be resolved once and for all, and that Council was open to other sites, as long as they met the operational needs of Council and the requirements of the significant Federal and State Government funding. “Council is conscious and grateful for the funding commitments of the State and Federal Governments for the Centre, so we are very keen to get it moving,” Mayor Smith said.

“We want to create a world class, financially viable facility that the Central Coast can be proud of,” she said. Council has also reported that it is in the design stage of the project and is currently conducting stakeholder workshops with representatives in the arts, cultural and conference sectors, as well as State and Federal Members, on what they want to see the RPAC deliver. “The RPAC is a priority project for Council and one that we want to deliver for our community,” Mayor Smith said. “Getting the venue specification and business model right is important for the RPAC’s longevity and overall success, ensuring that the community can see the full value of this cultural facility for generations to come.”

Following the February 26 Council meeting, Mayor Jane Smith said there had always been a sense of urgency about the regional performing arts centre project. “With the state election coming up next year, we want to make sure that we have spent that money so that there is no risk of losing it,” she said. “We are considering all options, and really that was what the motion about alternate sites was about last night. “The Administrator resolved that Leagues Club Field would be the preferred site.

“We were also looking at where St Hilliers are, but after six months of conversation, they are making a business decision that they are not going down that path.” Mayor Smith said she believed the selection of an appropriate site was now “wide open” and could include revisiting sites considered earlier and working with other stakeholders. “I am certainly asking questions about Council owned sites within the CBD and how we activate those sites, and I know the Coordinator General is working on similar issues to reactivate the CBD, so hopefully, those initiatives will come together,” Mayor Smith said.