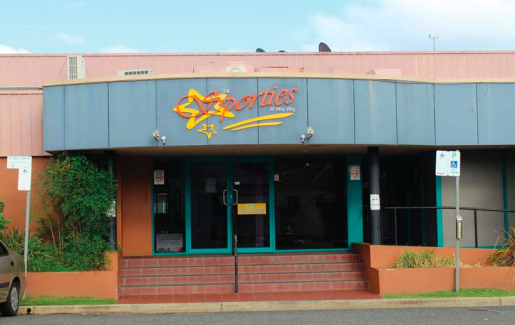 Woy Woy Sporties general manager Mr Kevin Jenkins has written to members describing the Ettalong proposal as a “genuine solid offer”. “Through discussions with our bowling members, the landlord’s offer of an underground bowling green, albeit considerate, was deemed unsuitable for us to remain a viable bowling club,” Mr Jenkins said. “Armed with this knowledge, the board has been exploring all and any suitable alternatives,” it said. “In December, we released an Expression of Interest regarding any local clubs interested in a possible amalgamation.

“Various calls and emails were answered from local clubs,” he said. The board of Ettalong Bowling Club made its offer in writing. “On review of the offer, the board of the Woy Woy Bowling Club has resolved to proceed with the first steps towards amalgamation,” he said. Mr Jenkins’ letter explained that a club amalgamation was not an overnight exercise. “We are currently at step two of a five-step process,” Mr Jenkins said. The five steps included the initial call for expressions of interest, which has been completed and the selection of a preferred amalgamation partner. According to Mr Jenkins, both clubs are currently negotiating requirements and feasibility and preparing a Deed of Arrangement.

Under the Registered Clubs Act 1976, a Memorandum of Understanding is required to outline the proposed amalgamation, which is step three and, according to Mr Jenkins, will need to be prepared by the lawyers representing each club. Step four is seeking members’ approval. “Both clubs must vote on the amalgamation based on the Memorandum of Understanding. “Both clubs must have an approved majority based on their own constitutions.” Finally, “as long as the members of both clubs have a majority ‘Yes’ vote, the Office of Liquor and Gaming NSW will review the proposed amalgamation and, given they approve, the merger may then proceed.

“As we are currently at the stage of step two in the negotiations with Ettalong Memorial Bowling Club, now is the time to ask questions, raise concerns or maybe even show support in this endeavour, with not only your fellow members but also the board and management.” Mr Jenkins put forward the reasons why he believed the amalgamation was worthy of consideration. These included that “a DA of some description, at some point, will go ahead on this site”.

Others included a downturn in trade including bar, poker machines and membership; uncertainty in the club’s future; and escalating costs and increased pressure on most small standalone clubs’ viability “a trend which appears nationwide”. Mr Jenkins assured members the decision was not made lightly by members of the board. “The board as a whole truly believes this is the only viable option to ensure Woy Woy Men’s and Woy Woy Women’s Bowling Clubs continue well into the foreseeable future,” he said.

A little rain at last & more to come