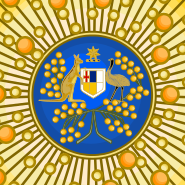 Born in Wollongong and now a resident of Springfield, Thomas John Bagnat, has received his OAM for service to public administration in NSW.
Throughout his career, he has worked for National Parks and Wildlife Services as well as the NSW Rural Fire Service.
“I always wanted to be involved in the management of natural heritage areas,” Mr Bagnat said.
“Over my career, I’ve been responsible for various reserves, but my heart is in the sandstone curtain, which is essentially the Sydney basin,” he said.
Mr Bagnat has been an Incident Controller on numerous major fires over the last 36 years.
“It really has been what you might call a labour of love,” Mr Bagnat said.
“We do it so that other people don’t have to,” he said.
His ongoing work in administration for the Rural Fire Service has also been a result of prior experience working with the dangers of firefighting.
“I lost some close friends in fires, and since then, I’ve set about trying to ensure that I contribute making our firefighters as safe as they can possibly be, that they have the right equipment, the right training and the right policy to do their job safely, and to get back to their families at the end of the shift,” Mr Bagnat said.
Mr Bagnat said he is passionate about the protection and preservation of the national parks and reserves across NSW.
“I really believe in the importance of these natural areas and they need to be there for future generations to enjoy,” said Mr Bagnat.
Over the course of his career, Mr Bagnat has developed a strong connection and respect with the land upon which he works.
“The Sydney sandstone and the Hawkesbury sandstone and the reserves of Wollomai, Blue Mountains National Park and Brisbane Water, they have a unique beauty and harshness which gets under your skin,” Mr Bagnat said.
Mr Bagnat said the award was unexpected despite his continued dedication to the cause.
“It’s very humbling and an absolute surprise,” Mr Bagnat said.
“But you don’t do this stuff by yourself, you do it as part of a team,” he said.
Mr Bagnat said he hoped to continue his work and would be looking for any opportunity to contribute to a safe and protected environment for the future.