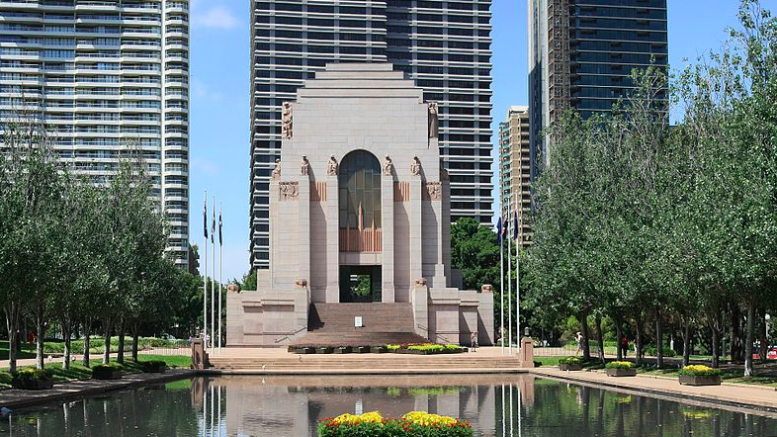 Soldiers from across the Terrigal area on the Central Coast who answered the call to fight in the Great War will be honoured as part of a moving artwork in the newly renovated Hall of Service at the Anzac Memorial in Sydney’s Hyde Park.
Minister for Veterans Affairs, Mr David Elliott and Member for Terrigal, Mr Adam Crouch, took soil samples from the War Memorials at Wamberal, Terrigal, Erina, Matcham and Davistown on December 11.
Soil samples from more than 1,600 sites across NSW where young soldiers enlisted to fight, are being collected as part of the Anzac Memorial Centenary Soil Collection project.
All soil samples will be placed in the renovated Hall of Service with the name of the town next to them.
Mr Elliott said collecting the soil from the broad range of sites across the state is a reminder of the great sacrifices made by men and women across all of our communities in the Great War.
“A century on, we honour these Australians by taking a sample of soil and placing it in the Hall of Service at the refurbished Anzac Memorial so that it can be appreciated and commemorated by generations to come,” he said.
Mr Crouch said: “Men and women from across the Terrigal area have served their country and it’s an honour to be here with the Minister to commemorate their supreme sacrifice.
“The Central Coast gave a huge number of people to the war effort and this important contribution will be recognised in the collection of soil,” Mr Crouch said.
The Anzac Memorial upgrade will be complete in late 2018.