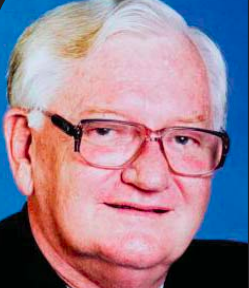 “I too rise to join with the Prime Minister and the Leader of the Opposition in expressing my deepest condolences of behalf of my community at the passing of the Hon Barry Cohen AM, aged 82,” said Ms Wicks. Ms Wicks discussed the legacy of Mr Cohen and the many positions he filled throughout his careers, such as the Minister for Home Affairs and Environment, and the Minister for Arts, Heritage and Environment. “As the Prime Minister said yesterday in the House, Barry was a man known for his wit, his humour, his memorable anecdotes and his dapper dress sense. “He was recognised with an Order of Australia in 2007 for service to the Australian Parliament and to the community through a range of cultural and environmental roles, along with contributions to public discussion and debate through his work for The Australian, in books and in publications. “As the serving member for Robertson in this place today, I wish to pay tribute to a man who served our community with incredible passion and distinction for more than 20 years. “As the member for Robertson from 1969 to 1990, Mr Cohen was a fierce advocate for our community on the Central Coast,” said Ms Wicks. She listed his many personal and political achievements, highlighting the changes he had made on the Central Coast. “He was the member for Robertson when one of the greatest and most essential transport links in our region was built, the Mooney Mooney Bridge,” said Ms Wicks. She also mentioned Mr Cohen’s founding of what is “now known as the Australia Walkabout Wildlife Park – a fantastic tourist attraction for our region.” As she came to the end of her speech, Ms Wicks briefly discussed Mr Cohen’s struggle with Alzheimer’s and his perseverance to continue to be an outspoken advocate even after political retirement. “Even when, later in life, Barry began his battle with Alzheimer’s, he continued to be a tireless campaigner for the issues that mattered to him. She ended with a quote from Barry’s son, Stuart, who described his father as a fiercely passionate individual who did nothing by half measure: “Nothing left undone; he never took a step back.” “To his wife, Rae, and to his sons, I extend my deepest sympathy and thank him for his service to our community and our nation,” Ms Wicks concluded. Source: Media Release, Feb 7 Tim Sowden, office of Lucy Wicks