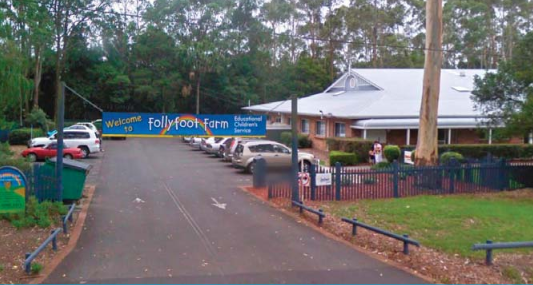 The existing child care centre located on the site

A proposal has been received by Central Coast Council to build a $1.4m child care facility at 98 to 112 Chittaway Rd, Fountaindale.

According to reports submitted in support of the application to build a second child care centre on the site, the development, if approved, would provide more than 10 full-time jobs.

As a result, the application has been classed as an “employment generating development”, which means that it will be given priority assessment by Central Coast Council. The applicant is Go Kindy Early Education Centres, and the centre is proposed to provide 81 childcare places. Go Kindy currently operates an existing childcare centre on the site, called Follyfoot Farm. “This operates out of an existing building within the north-eastern end of the property, as well as a large open space within the centre, which houses the farm aspect, including a handful of farm animals,” according to the Statement of Environmental Effects (SEE) submitted in support of the DA. The application proposes to build a second centre on the south-west portion of the property, replacing an existing residence.

“The physical separation and characteristics of the site…essentially ensures the two childcare centres are run independently,” the SEE said. The proposed second centre to be built on the site will have 3.25 square metres per child of indoor space, or a total of 280 square metres of indoor space, which complies with the required 263.25 square metres. Outdoor space will total seven square metres per child, or a total of 752 square metres, which complies with the minimum of 567 square metres required under development controls. Parking has been allocated at one spot per child, which also complies, so the Statement of Environmental Effects concluded that the proposed childcare centre achieves all key planning controls. The subject site is located within the E4 Environmental Living Zone, as depicted under the Wyong Local Environmental Plan 2013 (LEP), where a centre- based child care facility is a permissible use.

Beyond the LEP, the new centre has been designed in accordance with the recently gazetted State Environmental Planning Policy (SEPP) (Educational Establishments and Child Care Facilities) 2017 and the supporting Child Care Planning Guideline. The site consists of a long narrow parcel of land which is bound on its two long sides by Old Chittaway Rd and Enterprise Dve. Its south-western boundary is also shared by Turpentine Rd. The centre of the site contains various small paddocks for a few farm animals which are part of the childcare centre’s operations. The existing residence and child care centre are separated by a fence and are in no way connected in their occupation.

The new building will incorporate playrooms, cot rooms, kitchen and dining area, education room, reception and various supporting rooms and amenities to cater for the maximum capacity of 81 children and 22 staff. The outdoor play area will involve play equipment, sand pits, shade structures and landscaping. The DA also requests permission for two free-standing business identification signs. The proposed child care centre would operate Monday to Friday from 6:30 am to 6:30 pm. In summary, according to the SEE, the proposed Child Care Centre complies with SEPP (Educational Establishments and Child Care Facilities) 2017; Wyong Local Environmental Plan 2013, as well as the relevant chapters of the Wyong Development Control Plan 2013 (“DCP”) and “on this basis Council, is requested to grant consent to the application”.