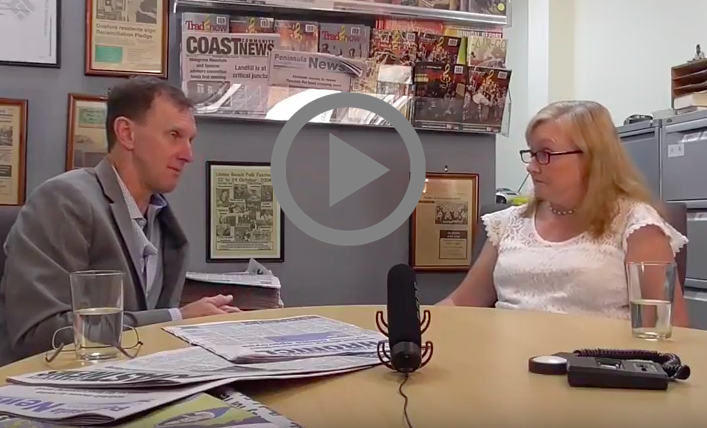 In the second part of his Video News interview, Mr David Mehan, Member for The Entrance, argues that big developers and big buildings are not the necessary ingredients for bringing change and progress to The Entrance and surrounds.

Mr Mehan said he believed the process of the key site, which was undertaken a decade ago as a way to activate The Entrance had been a failure. “There are a bunch of sites in The Entrance that have approval for development but no developments happening,” Mr Mehan said. He said he had always been sceptical of the process that concluded that building big buildings would solve an area’s problems. Thirty percent of the housing in The Entrance is holiday housing and many of the new developments proposed will continue that trend, he said. Mr Mehan argues that you don’t need a big building, a big developer or a big DA to effect change. “Success stories have nothing to do with developers, it is small business people in Long Jetty being given access to cheap rent and have enabled creative small businesses to get in and do something interesting that is the success story,” he said. As a geologist, Mr Mehan also offers an interesting perspective on seismic testing and exploration for mining.

A most surprising Councillor – Bruce McLachlan