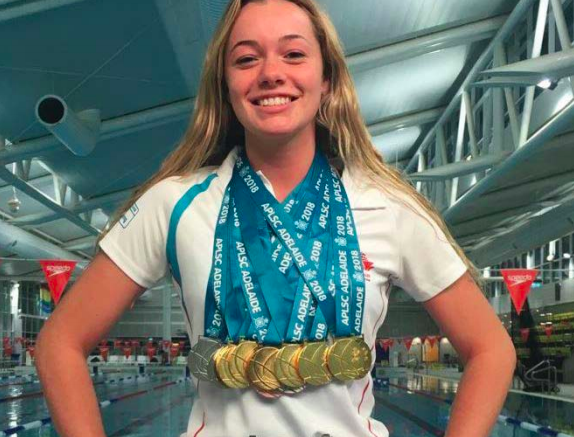 The event was held in Adelaide from January 11 to 14. She won three gold medals and two silver medals and was named Under-16 Women’s Champion. Her overall medal count totalled 17. Other Umina club members who competed at the championships were Bronte Smith, Rachel Wood, Lachlan Braddish and Blake Hessel.