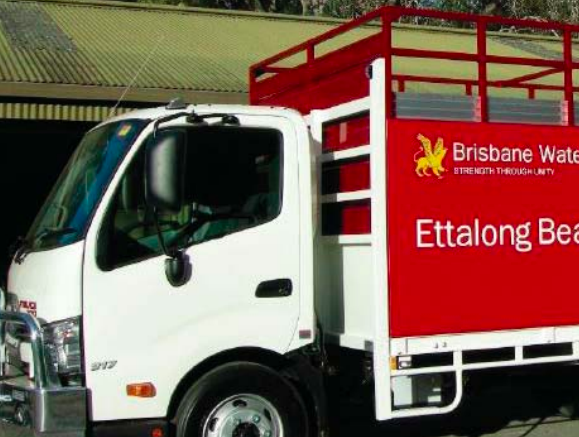 The new vehicle, donated by the The truck donated by Ettalong Beach Branch of Bendigo Community Bank

The farm of Brisbane Water Secondary College, Umina Campus, has taken delivery of a donated new cattle truck, which has already been put to use for recent agricultural shows.
The truck, complete with a purpose built a cage to carry livestock and feed to country shows and events, cost more than $80,000.
The project which took 12 months to complete, was initiated during a casual conversation between the school principal and a member of the Rotary Club of Umina Beach, at the annual AgFarm Barbecue, according to Rotarian Mr Ben Croft.
At recent country shows, the school has won major awards, with the new truck being a major factor in transporting competing cattle and feed to these events.
The new vehicle, donated by the Ettalong Beach Branch of Bendigo Community Bank, also attracted the interest of the other competing schools.