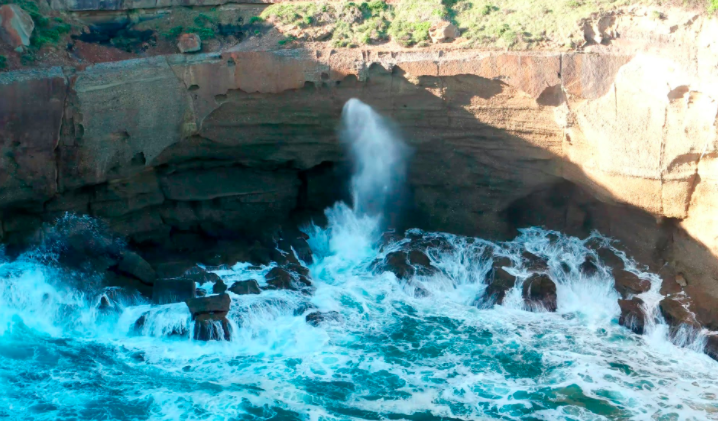 A notorious stretch of coastline near the Munmorah State Conservation Area on the state’s Central Coast has claimed another life despite the best efforts of emergency responders who desperately tried to revive the woman on Wednesday January 3.

Lifeguards from Frazer Park had finished their patrol duties for the day when they received an urgent call for assistance from the State Operations Centre at around 5:15pm.

Fortunately their gear hadn’t been locked up for the night and they were immediately able to turn around and return to the beach.

Police and Paramedics also rushed to the scene, while the Westpac Lifesaving Helicopter was placed on standby.

Once the lifeguards arrived on scene it was learned that a woman thought to be in her 30s and a visitor to the area had been washed off the rocks.

Both lifeguards entered the water on the jet ski and quickly headed to the direction of an angel ring that had been thrown into the water by members of the public in an effort to save the woman.

After several minutes of searching they were able to locate the unconscious woman and transport her shore.

CPR treatment was performed but all efforts to revive her were unsuccessful.

At the time of the incident there was a king low tide in effect which meant more of the rocks were exposed than usual, while the medium sized swell was described as “choppy.”

The circumstances of how she entered the water and the activity she was doing at the time are yet to be established.

She was fully clothed and was not wearing a lifejacket.

Surf Life Saving NSW CEO Steven Pearce said the tragic incident is a sad reminder of how dangerous the ocean can be, while also praising the professionalism of the responding lifeguards.

“The incident happening so late in the day highlights why it is so important to be at a patrolled location, especially if it is an unfamiliar environment that you only visit while on holidays.

“I would also like to acknowledge the efforts of the lifeguards who immediately switched their focus to rescue mode and conducted a highly professional operation under very challenging circumstances,” said Mr Pearce.

“On behalf of everyone in the lifesaving community, I wish to extend our deepest sympathies to the woman’s family and friends at this difficult time.”

Today’s incident is the second drowning in the Munmorah Conservation Area in three days after a young man lost his life at Frazer Park Beach on New Year’s Eve.