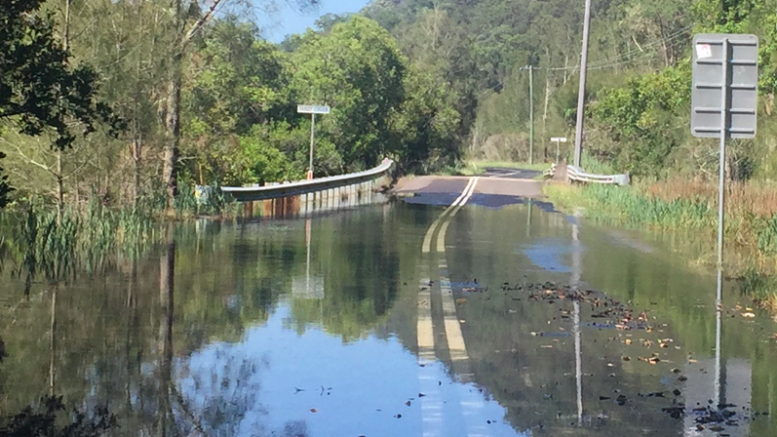 Seasonably high king tides have caused numerous problems in low lying areas around the Central Coast today. Tides peaked on the coast at 10am on Wednesday at 2.07 metres.

Delays in peak tides compared to the coast of between 40 and 200 minutes in estuaries and creeks are standard across the region.

At Spencer the tidal delay is approximately 2 hours. Tides have been covering the roads and bridges all this week. See image below. Motorists are advised to slow down and exercise extreme caution. 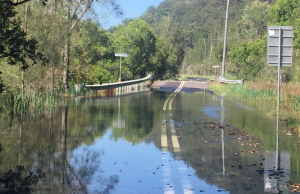 Roads right around Broken Bay, the Southern Beaches, Brisbane Water, Tuggerah Lakes and The Entrance are experiencing high waters over road and pathways.

Umina beach in front of the Surf Club had almost entirely disappeared under the tide, threatening the extensive dune rehabilitation work recently carried out by council. See image. 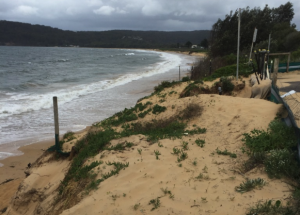 The wharf at Woy Woy was fully submerged for the third day in a row, making the Saratoga ferry loading a challenge for the operator and passengers. See image. 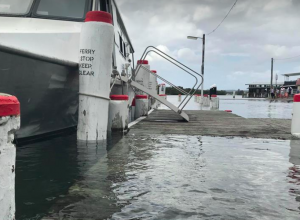 An accident today at Woy Woy resulted in a car submerged in a canal, all people in the car evacuated safely. It is unclear at the stage of writing if the tidal levels played a significant role. 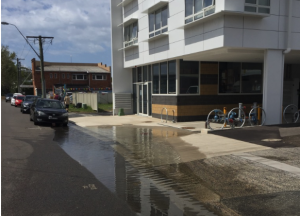 Tides emerging from a drain nearby a new building development at Woy Woy. Image CNP

The iconic ‘IMAG_NE’ sign at Koolewong foreshore reserve was at one stage threatened by the gentle swell. If the wind had been stronger from the south considerably more damage would have occurred. 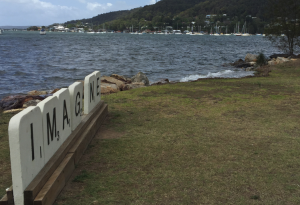 The walking and bicycle path along Brisbane Water Drive was partially submerged only metres from the low lying road and rail line. See image. 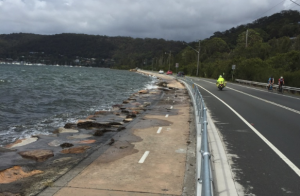 The beach at Copacobana was also closed by council life guards due to dangerous conditions in part caused by the tides combined with a rising swell.

The Sunken Monkey Inn (formerly the Woodport Inn) partially lived up to its name as part of the entertainment area was submerged by the tides. See image. 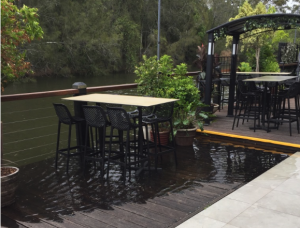 The Sunken Monkey at Erina was living up to its name. Image CNP

Road junctions around Narara creek were submerged in the tidal surge making access to some streets difficult for low slung cars. See image. 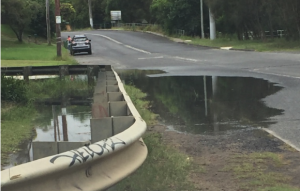 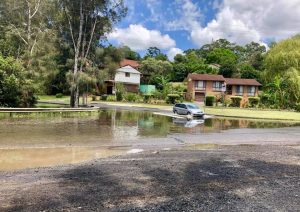 Image by Terri Eagle of Showground Road and Maliwa in Narara

Ocean pools and baths at The Entrance closed due to the high tides making conditions dangerous to swim. 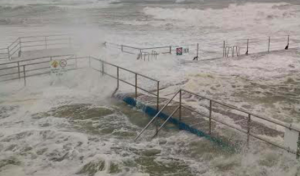 The Entrance Ocean baths was closed due to the conditions. Image: OceanPools.com.au

Water borne debris such as rubbish, plastics and organic material are swept into waterways during high tidal events. This makes swimming and boating more hazardous than normal.

Images as marked or by default self sourced by CNP:Community News Partners – NB: All images have been given clickable map references in the interests of public information.

Very High tides on the way

The people have spoken – revitalisation of Gosford needs to happen now